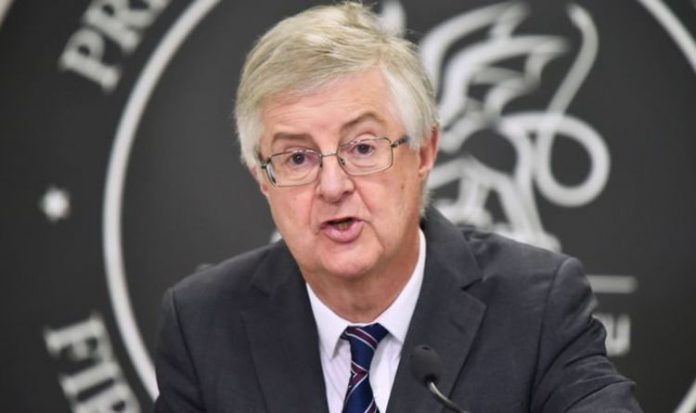 Recent polling shows that seven percent of voters now plan to back the Abolish the Welsh Assembly Party (AWAP), suggesting it could win two out of 60 seats in the May elections. The party argues Wales will “recover and prosper” at a faster rate if the devolved government is axed.

Mark Reckless, the former Conservative MP who now represents AWAP in the Welsh Parliament, described the alarm felt by voters now that Labour first minister Mark Drakeford is “locking them up in their homes and saying when they can go out and what they can do”.

He said: “They thought they are British and they expected the British prime minister to be making these crucial decisions about their lives, not this bloke in Cardiff Bay they haven’t heard of. A lot more people are aware of devolution, just how exorbitant the powers are of the devolved Labour government in Wales, and a lot of them don’t like it.”

Richard Suchorzewski, who leads AWAP, said: “In every measurable competency, Wales is bottom – be it health, education or inward investment, and the pandemic has served to put devolution into the forefront of people’s attention and they are becoming quite angry knowing that their own local people are responsible for this failure.”

YouGov research published this month found 63 percent of people in Wales want a “one-size-fits-all Covid approach for all of the UK” – up from 35 percent in October.

Mr Suchorzewski, who came second to Nigel Farage in the 2006 Ukip leadership contest, hopes that the party can perform well in Labour’s traditional South Wales strongholds.

He said: “For generations, Labour has taken the Welsh valleys vote for granted. People in the valleys are Welsh patriots but they do not want an extra tier of politicians in Cardiff telling them what to do with no clear benefit to show for it.

“Many are moving towards Abolish as we are both Welsh and British and wish to retain the union.”

The powers of the Welsh Parliament, also known as the Senedd, have been turbo-charged in recent years. Mr Suchorzewski said he feared that unless the institution is scrapped Wales is “sleepwalking towards independence”.