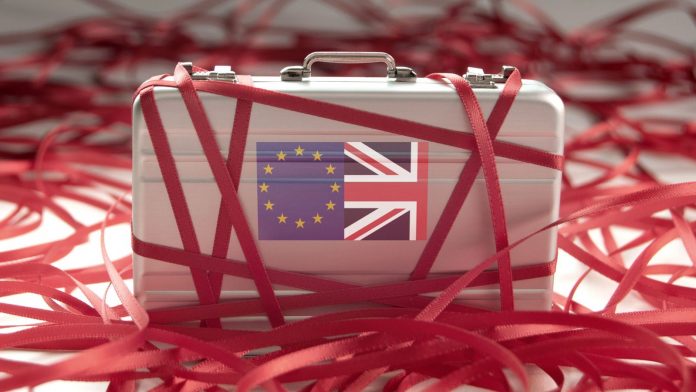 Well, now the government is actively planning for it – spending £3bn to do so and employing thousands of civil service into the bargain.

Today we saw the fruit of their labours unveiled by Brexit minister Dominic Raab: The first tranche of no-deal preparation documents, a vision of what a no-deal Britain would look like.

To be clear, a no-deal would leave us with less market access and more economically and politically adrift from the EU than Iceland, Ukraine, South Korea or Japan.

:: Cost of card payments ‘to go up’ under ‘no-deal’ Brexit

The government still says they don’t think it’s likely. But from these documents here are five things we’ve learnt about a no-deal Britain.

1. Britain would be more bureaucratic

Again and again the documents outline how the bureaucratic burden would be increased on UK businesses. One section outlines what British importers and exporters would have to do before doing business with the EU. It outlines a whole ream of extra online and physical requirements. Today there are none – it is as easy to export to Rome as it is to Rotherham. The government advises that businesses might want to employ customs brokers or special warehouses to help navigate the bureaucracy. That might be possible for big businesses but smaller ones would find all of this very onerous. It’s a far cry from the reduction in red tape businesses were promised during the referendum campaign.

2. There will be heavier regulation

Any hope that those burdens would become less heavy in terms of regulation are likely to be dashed too. In area after area the government makes it clear it will continue to abide by EU regulations in a hope to facilitate trade, and would invite the EU to do the same. If that’s our play, it’s a bit of a long shot.

3. Some British firms may not be able to trade at all for some time

There could be long lag times during which British firms might not be able to trade with the EU at all. For example, organic farmers who currently are recognised as organic through an EU wide certificate would lose that on Brexit day and would have to apply for another. The problem is they could only apply when Britain becomes a third country- and that process takes a minimum of nine months.

4. New regimes and bodies will have to be set up

Again and again the government says that it would have to establish a host of new regulatory regimes and bodies to do the job that the EU was doing in different areas of the economy. Given we have just over 200 days to go, it’s a big aspiration to have them up and running smoothly by Brexit day.

5. No-deal is impossible for Northern Ireland

It’s clear from the documents that although officials think a no-deal would be difficult for the British mainland, it might be impossible for Northern Ireland. Each section ends with the same set of paragraphs essentially saying that it isn’t clear how these new regimes could operate in Northern Ireland successfully – and that the best we can do is continue to talk to the Irish government and the EU Commission.

It was the Brexiteers who most wanted the government to prepare for no-deal. If their aim was to convince the public that no-deal was desirable scenario, then they might wish, after today, that they hadn’t been quite so eager.

Queen Elizabeth II family tree: How many grandchildren does the Queen have? | Royal | News (Reports) 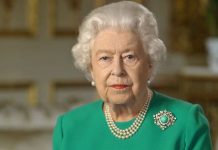