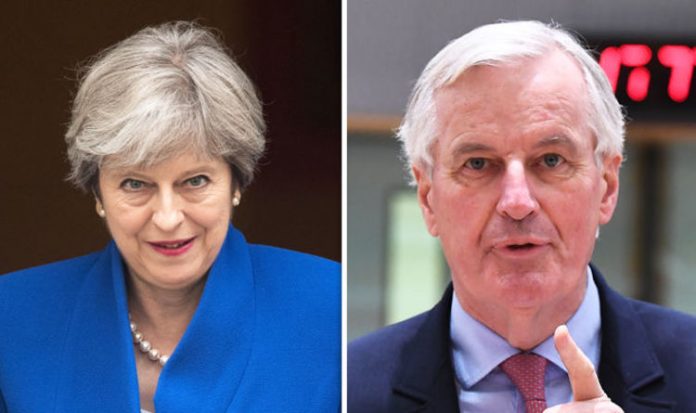 Brussels has yet to reach an agreement with UK negotiators to give EU firms unfettered access to the Square Mile post-Brexit.

In a stark warning, Westminster think-tank Parliament Street said the EU’s economy would suffer if it fails to strike a workable deal.

The UK is currently the largest market for investment services in Europe, ahead of France, Germany and Luxembourg.

“The European Commission should drop its hardline negotiating stance and learn to be pragmatic. If not, it will face the consequences.

“Many EU member states need to retain access to the City of London, so they will be worse off financially if no deal is struck.

“I predict that EU countries will push back against the Commission’s stance as Brexit day approaches.

“They will start speaking directly to the UK government to find an acceptable and pragmatic solution.”

Theresa May has called for “mutual recognition” of regulatory standards for financial services between the UK and EU.

But the uncertainty around negotiations has sparked fears of an exodus of jobs from the City post-Brexit.

Banks based in the Square Mile have threatened to move staff to other EU cities including Paris, Frankfurt and Dublin.

But Mr Focas said the City of London would remain Europe’s leading financial hub after Britain leaves the bloc.

He said: “London has led the way in financial services for many years.

“The people who work within it are innovative by nature, so they can evolve in line with trends and changes.

“This means the City will overcome any challenges which Brexit may bring, allowing it to thrive in the future.”