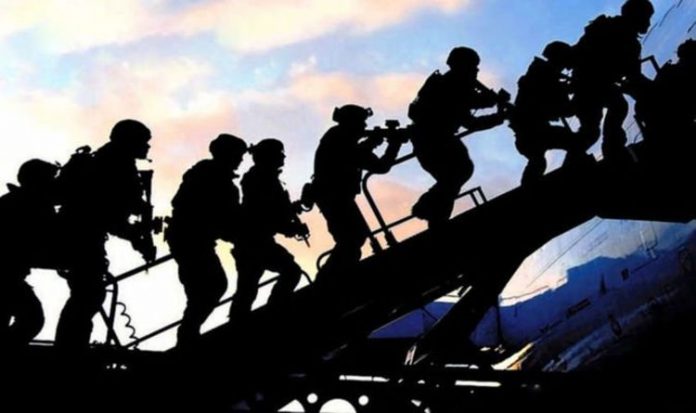 It follows a 15 percent fall in the numbers – usually seasoned soldiers from regiments like the Paras and Royal Marines – signing up to join UKSF since last year. The proposal will get the go-ahead if figures do not improve by mid-August 2021, sources said. However, they said, last year 26 serving members of the SAS and SBS were paid bonuses worth £10,000 each to remain in service.

In May, the Sunday Express reported that worried top brass had employed an agency to launch a new recruitment campaign, pictured.

But the recruitment drive’s shift of emphasis on “non-kinetic” roles has so far failed to attract more interest, leaving UKSF thinly stretched.

Today, the SAS, SBS, SFSG and SRR account for more than 1,800 soldiers. Additional elite specialists boost that number to almost 3,300.

“We’re concerned at the state of affairs, and that is why this proposed bonus was discussed,” said a senior Whitehall source.

“But it’s fair to say we won’t know the lay of the land until next year, which is why we will wait to see the August intake before making a final decision.”