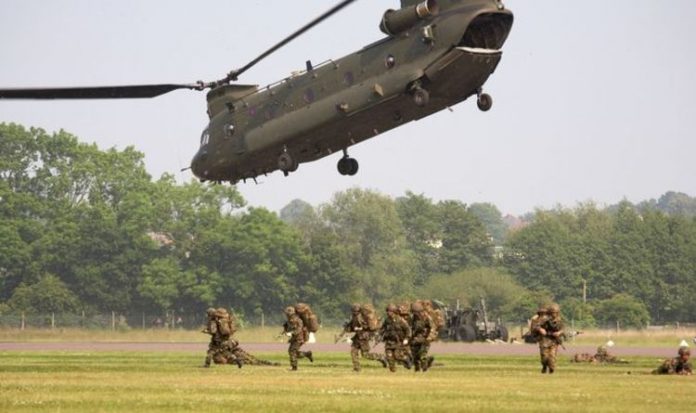 Trials are taking place of augmented reality glasses that could enable remote operations with specialists sending instructions onto the device. It is part of a program codenamed Project Lara that seeks to approve a series of hi-tech tools for medics in the Army.

Speaking to the Daily Telegraph, Lt Col Oli Bartels, of the The Royal Army Medical Corps, explained how the program would help frontline doctors.

He said: “The further forward in the battlefield you go, the more that individual medic may need support.

“That single junior medic is the one that actually needs the best communications capabilities and traditionally, the further forward you go, the lower quality of communications you have.”

The program has been active for 18 months and seeks to provide medics in the battlefield with key information in a timely manner.

Surgeons who have received basic training and are embedded with the Armed Forces will be able to access specialist advice thanks to the new technology.

With the device, the medics will carry out a “surgical reach back” to a “specialist who does it every day who can keep them on the straight and narrow and provide advice and support”.

A specialist will be following the operation remotely and sending out instructions onto the Microsoft HoloLens 2 augmented reality spectacles.

Last month, Prime Minister Boris Johnson approved a British military rocket programme as part of the biggest spending in the Armed Forces since the end of the Cold War.

Mr Johnson said the investment will be used to create a new space command, cyber force and artificial intelligence agency.

He asserted the “era of retreat is over” as he vowed to invest an extra £16.5billion in the defence spending over the next four years.

The promise is added onto a Tory manifesto commitment to boost the current defence budget by at least 0.5 percent above inflation each year.

It brings the total spend over four years to £24.1billion, also creating at least 40,000 UK jobs.

Mr Johnson told MPs: “Our national security in 20 years’ time will depend on decisions we take today. I have done this in the teeth of the pandemic, amid every other demand on our resources, because the defence of the realm and the safety of the British people must come first.

“The international situation is more perilous and more intensely competitive than at any time since the Cold War and Britain must be true to our history and stand alongside our allies. To achieve this we need to upgrade our capabilities across the board.

“This is our chance to end the era of retreat, transform our Armed Forces, bolster our global influence, unite and level up our country, pioneer new technology and defend our people and way of life.”