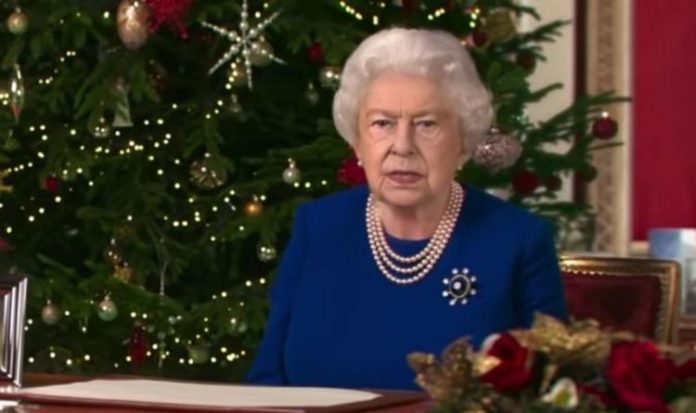 The speech caused 214 objections to be sent to the TV regulator Ofcom. The broadcast featured an AI version of Her Majesty dancing and discussing Prince Harry and Meghan Markle’s departure from royal duties.

Actor Debra Stephenson, 48, delivered the alternative Christmas address but looked like the 94-year-old monarch thanks to visual effects.

The five-minute fake Queen’s speech was aired after people across the UK watched the real monarch deliver her Christmas address.

The video was created using artificial intelligence technology and saw the fake Queen discuss the Sussexes’ move to North America.

Ofcom were issued several pleas to take action against the “disrespectful” alternative speech.

One viewer tweeted Ofcom to ask: “Can you please do something to stop this horrifically disrespectful, treasonous assault on the senses?”

Another person wrote: “I would rather go to the kitchen and hold my hands down on the hot plate for 10 minutes than watch this ‘woke’ rubbish.”

Channel 4 accompanies the Queen’s traditional speech each year with an “alternative Christmas message” which has been airing since 1993.

Each year a different person or group of people deliver the alternative speech.

The fake Queen also discussed her sadness over the Duke and Duchess of Sussexes’ departure from royal duties.

The fake Queen said: “I was so saddened by the departure of Harry and Meghan.

“There are few things more hurtful than someone telling you they prefer the company of Canadians.”

Meghan and Harry stepped down as senior members of the Royal Family earlier this year and have been living in North America with their baby son Archie since March.

At the end of the alternative speech, the fake Queen warned the nation against misinformation and told viewers to question “whether what we see and hear is always as it seems”.

Ingrid Seward, editor-in-chief of Majesty Magazine, told the Sun: “It is in really poor taste and didn’t look that funny. There are a lot of people you can ridicule – but not the Queen.

“This kind of thing would never have happened ten years ago. Channel 4 are using the Queen to get some publicity.”