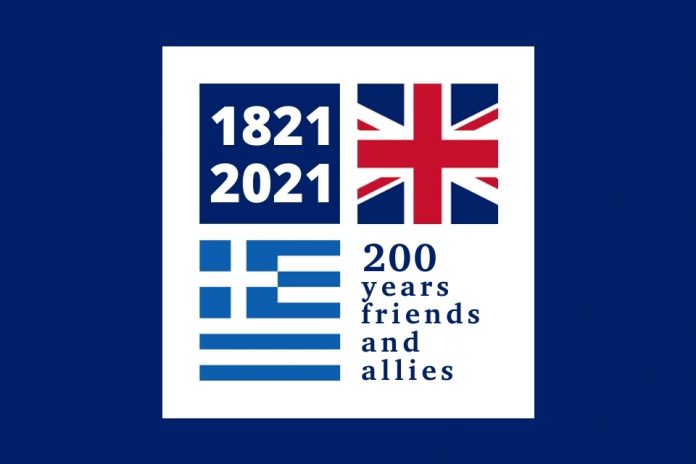 Britain’s role in Greece’s struggle for independence is for me and my colleagues in the British Embassy a source of endless fascination but also great pride. This year gives us the chance to explore and celebrate it as never before.

Of course it was Greece’s revolution, and a triumph for the Greek people and its leaders. But we Brits too want to commemorate the thrilling events of 200 years ago, and the supporting role that Britain played – through the inspirational contribution of Byron and the London Greek Committee, the diplomatic dexterity of Lord Canning, the Royal Navy’s role in the struggle at sea that culminated in Navarino.

So we are planning a programme of activity which commemorates that shared history, but also looks to the future.

We will champion our historic military alliance this year when our Fleet flagship, the new aircraft carrier HMS Queen Elizabeth passes through Greek waters. But we will also use the ship’s cutting-edge technical capability as a platform to showcase Britain as a centre of excellence for science, innovation, research and study.

We will celebrate our rich relationship in arts and culture in two very different ways. We will lend the stunning Thomas Phillips portrait of Byron to the Benaki Museum for their “1821 Before and After” exhibition at the Pireos annex. Thousands more Greeks will have the opportunity there to see this magnificent depiction of the arguably best known Philhellene of them all when the show opens later this year.

But contemporary visual art and the next generation of Greece’s creative talent will have a place too. We will unveil a large-scale banner on the Embassy’s Vasilissis Sofias building this Spring. The winning design will be that which best expresses both the historic and our contemporary relationship, and be chosen through a competition among students from Greece’s Fine Arts Schools.

Indeed youth is at the heart of our programme – alongside the guiding spirit of the Philhellenes: volunteerism. The soldiers, sailors, writers, administrators, doctors and journalists, adventurers of all types, who came to Greece in the 1820s and 1830s including from Britain were extraordinary individuals for many reasons. But especially because they were all volunteers.

We want to channel that spirit of activism and personal responsibility into direct action to tackle today’s shared challenges. We will be working to develop capacity and capability in today’s UK and Greek not-for-profit and voluntary sectors, training future leaders, and bringing young Greeks and Britons together on Greek soil, to work for a more inclusive and sustainable future. The spirit of 1821 calls us to cooperate again on the major crises we must tackle together today, climate change and recovery from the pandemic.

Our year’s programme starts by exploring the events and ideas that shaped Britain’s involvement in the Greek revolution, and our alliance with Greece thereafter. We will host throughout the year a new series of lectures – titled “The 2021 Lectures – Britain, Britons and the Greek Revolution” via an online partnership with the newspaper To Vima. The talks and texts will be freely accessible to all. And we hope to host some of them again live at the Residence later in the year, when restrictions ease.

It’s an exciting programme, and the British Embassy shares the excitement the whole country feels as Greece celebrates 200 years from the start of the revolution – a celebration of courage, determination, sacrifice and of course, liberty. Values which the British philhellenes shared with the Greek revolutionaries then, and our countries still do today. Since 1821, our partnership has gone from strength to strength, and 2021 will be just the next chapter.