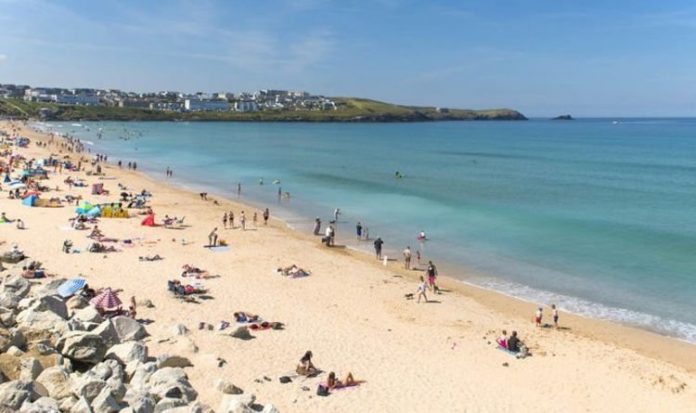 Families who usually head to Spain, Portugal or Greece are eyeing up home canal boat jaunts and rural breaks, creating a bonanza for a sector crippled by the pandemic. The Bike & Boot hotel was due to open in Scarborough just as Covid struck. Now its occupancy over Easter is 65 per cent, while July and August are even better. Simon Kershaw, its co-founder, said: “What a shame it has taken this national tragedy to show people that taking holidays in the UK can be fantastic and rewarding.

“Staycations offer great experiences. We are so incredibly lucky to live in this country so let’s recognise that, celebrate the fact and holiday here in the UK.”

Consumers seem positive despite the pandemic, with 39 per cent of families confident of being able to take a domestic overnight trip in May. That rises to 50 per cent in June while 63 per cent feel good about July to September.

Many have rushed to take advantage of Covid cancellation policies, which allow advance bookings with peace-of-mind full refunds if travel is ruled out.

Visitor hotspots such as Yorkshire – hammered during lockdown – have seen record interest.

Tourism in the county is worth £9billion a year, with the sector employing 225,000 people.

Skipton-based Blue Otter Boats had more than 1,200 visits to its website in 24 hours as families looked up narrowboat holidays.

Liz Smailes, who owns the business with husband Ben Hopkins, said: “We’re already seeing bookings come in from May onwards and anticipate a big surge as soon as an easing of travel movements is announced. They are waiting for the green light.

“As soon as restrictions are eased it’s going to go mad and we will sell out in a couple of days.”

Meanwhile, luxury family lodges on Catgill Farm at nearby Bolton Abbey are fully booked for every weekend until October.

Owner Oliver Barker said: “Staycations are becoming a much bigger thing as people are not spending money on a big family holiday abroad so are looking for alternative, unique experiences.”

James Mason, chief executive of tourism body Welcome to Yorkshire, said: “Hospitality is seeing a surge in bookings for the summer months, especially as opportunities for overseas breaks in the foreseeable future are uncertain.

“Tourism businesses are hoping all will go to plan.

“When lockdown lifts and if guidance allows, the thirst for staycations will kick-start the tourism and hospitality industry once more and encourage visits to attractions and locations, providing a muchneeded financial boost to this struggling sector.”

In Cornwall, where tourism is worth £1.8billion a year, bookings at some venues are up 50 per cent.

Louise Uys-Jones, who runs St Michaels Resort in Falmouth, said: “We are already starting to see strong demand and enquiries for the summer months including multi-generational families or groups of friends aiming to make up for missed celebrations.

“Summers in Cornwall are always busy so bookings for these months are strong and up by ten per cent compared to previous years. We had a great summer season last year and expect to see similar levels this year as the rise in UK staycations continues.”

Malcolm Bell, chief executive of Visit Cornwall, said: “Cornwall has always been one of, if not the, most popular UK summer holiday destinations and no more so than this year as overseas holidays appear very unlikely until late summer.

Cornwall tourism is worth £1.8 billion a year (Image: Getty)

“Bookings are coming in thick and fast, so now is the time to book with confidence as businesses are providing cancellation policies to cover the event that Covid interrupts their plans.”

The Independent Cottages website, with more than 1,800 properties, has seen inquiries treble.

Meanwhile, holidaycottages.co.uk said bookings for May half-term onwards were 39 per cent up on last year while those for the summer holidays were up 98 per cent. The firm’s James Starkey said: “We anticipate another strong summer for the staycation industry.”

Tourism, worth £127billion a year to the economy, was one of the sectors hit first and hardest by the pandemic.

The industry, which employs more than three million people and supports 200,000 small firms, lost the Easter break, two May bank holidays, some of the lucrative summer season and Christmas.

Record numbers opted to holiday at home in 2019, with 15.4 million domestic vacations between January and April – up nine per cent on 2018.

Families favoured breaks up to three nights with 6.4million more of these booked than a decade ago.

Visit Britain director Patricia Yates said: “It has been encouraging to hear from a number of destinations that interest and inquiries for holidays at home have seen an up-tick in recent days.

“Our cities, villages and coastal resorts will need all of us to make sure the vibrant and innovative tourism sector recovers and businesses make it through this crisis.

“Tourism businesses and visitor attractions have worked flat-out to welcome customers back safely as soon as restrictions can be lifted and will be pleased to see you.”

The boom has also helped firms which supply the tourism sector.

“The demand has been such that we’re about to open a 200,000 sq ft factory – producing up to 50 new jobs in the industry – which will triple our production.”

Liz Smailes has seen record interest in families wanting to hire her narrowboats. She runs Blue Otter Boats with husband Ben Hopkins from Skipton in North Yorkshire and Stratford-on-Avon.

Over a recent 24-hour period they saw more than 1,200 visits to the company’s website. She said: “I am getting a lot of inquiries about availability. For the last 30 days 87 per cent are new visitors to the website and 49 per cent are from desktops, not mobiles, so people are at home and browsing.”

Five-star boutique hotel Manor House Lindley in Huddersfield opened in 2018 and expected this to be the year when it turned in a profit.

But after a promising January and February in 2020 it was forced to close its doors in March when the pandemic struck.

It meant many weddings had to be cancelled.

Mark Ayre, general manager, said: “Last year we finally reopened on July 5, but the biggest part of the business that couldn’t go ahead was weddings.

“We had to move 120, the majority of which were postponed.”

He said initially people were understanding. He added: “But from August people turned nasty because they were fed up.”

Mark said: “Despite the gloom, it’s starting to swing in our favour as people are desperate to get away.

“Our business for August is getting to the point where we are almost at 70 per cent occupancy.

“One positive is we are now almost at capacity for weddings this year.”