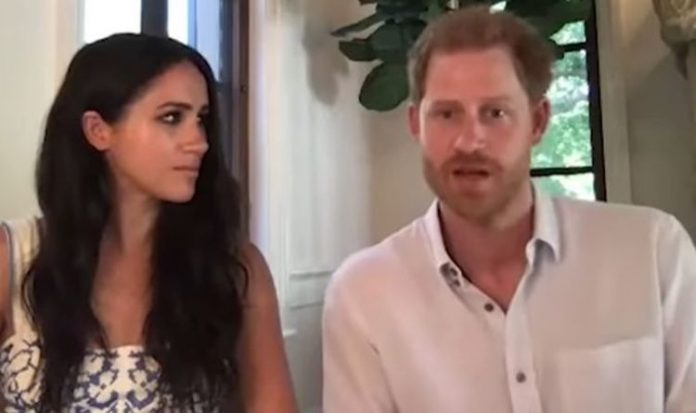 Prince Harry’s “big win” in his recent lawsuit could be a “telling sign” for his wife’s, royal commentators have claimed. The Duke of Sussex won an apology and substantial damages from the Mail on Sunday and MailOnline for accusing him of snubbing the British Armed Forces. Us Weekly’s Royally Us podcast hosts Molly Mulshine and Christina Garibaldi discussed what this could indicate about Meghan Markle’s own court case.

Harry had sued the outlet’s publisher, Associated Newspapers, over two articles that were published in October 2020.

They claimed that he had not been in touch with the Royal Marines and that outreach leaders wanted to dump him as Captain-General.

Ms Mulshine told listeners: “He basically said that this is not true, his lawyer said it was not true and he actually won in court.

“I think this is a perfect example of the type of lawsuit that royals and public figures should be going after.”

READ MORE: Prince Harry ‘hounded out’ from Royal Family after too much pressure

She continued: “Something was printed about Harry that was clearly untrue and demonstrably false.

“He was able to prove that it was false.

“I think this is a really good way to help people learn the truth and actually get the media to pay a little more attention to fact-checking.

“That’s as opposed to Meghan’s lawsuit, which is a little bit more of a grey area and doesn’t have to do with what’s true and what’s not true.”

She added: “This is a big win for Harry and maybe a telling sign of what’s going to happen with Meghan in the future.”

The Duchess of Sussex is also suing Associated Newspapers and the Mail on Sunday over articles published in 2018.

They had included contents of a private letter she sent to her father Thomas Markle without her permission.

The royal is suing the organisation over privacy, breach of copyright restrictions and breach of data protection.

If a trial goes ahead, it will take place this autumn.