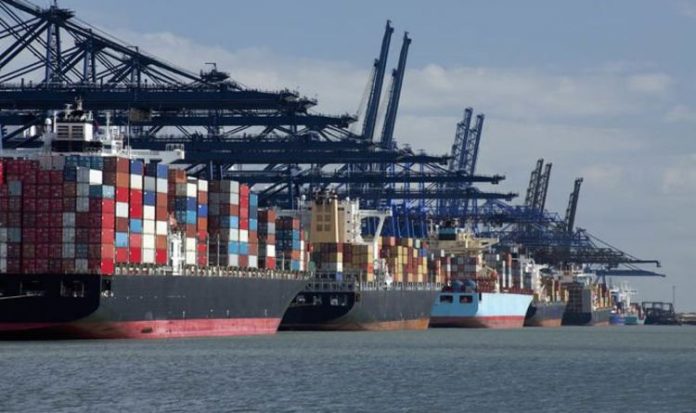 The Redfield and Wilton poll results which show that 63 per cent think the UK’s future prosperity depends more on making new free trade agreements around the world, whereas 37 per cent think it depends more on maintaining trade with the EU. The findings are a huge vote of confidence in the work of international trade secretary Liz Truss who on Friday signed a trade deal with Albania meaning that 64 have been agreed globally over the last 18 months worth £897 billion.

It also comes less than a week after Ms Truss formally put in Britain’s application to join the Trans Pacific Partnership free trade area with a combined GDP of £9 trillion and including major economies like Japan, Australia and New Zealand.

Speaking to the Sunday Express, Ms Truss said: “Now we’re outside the EU, we can strike out into the faster-growing, more dynamic markets of the world.

“We’re positioning Britain where the growth is both now and in the future, in places like India where I am today and across the Pacific and Americas. This will turbocharge our economic recovery and create high-quality jobs here at home. This is about delivering on the promise of Brexit and securing our future place in the world.

“We are stepping up as G7 President this year to rally an alliance of like-minded democracies in the fight for free and fair trade. This is Global Britain in action.”