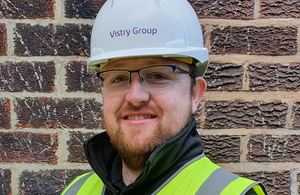 For 10 years BuildForce has been championing the armed forces community within the construction industry. Through a bespoke programme, backed by industry leaders, BuildForce matches skilled service leavers and veterans with meaningful careers in construction and the built environment.

A Community Interest Company, BuildForce was established in 2011 as a collaborative industry led programme. The hugely successful pilot programme involved 6 major construction organisations (Carillion, Crossrail, Ernst & Young, Lendlease, Morgan Sindall and Wilson James) and was funded by the Construction Industry Training Board (CITB). Ten years on, with the weight of the construction industry behind them, they are the largest nationwide military programme.

BuildForce offers a wraparound service with industry specialists who map out a unique journey to support each service leaver and veteran in to their chosen career. Support includes training, mentoring, site visits and work placements, all preparing them for interviews and securing roles. The service is underpinned with mental health support, on hand to offer guidance and advice as the service leavers make their transition.

BuildForce is simply matching military skills to construction demands. The broad spectrum of roles that the industry is seeking compliments the skillset the military train for. We talk about the parallel lines of a military posting and a construction site; working outside in arduous conditions which are often dangerous, being part of a team, the camaraderie, following orders, attention to detail; those transferable soft skills are what we are seeking.

A job in construction isn’t just about being on the tools (hard hats and building sites), it is accessible to all ranks and skill sets, and offers real potential for career progression. Having a framework that engages with and understands the individual’s needs and capabilities is what underpins the successful achievements of BuildForce to this day.

Our sector needs talented motivated and reliable staff and those with a service background invariably fit the bill. Buildforce takes a professional, systematic approach to supporting veterans, service leavers, service spouses and reservists. In the 14 months since our initial involvement we now have a network of 26 mentors across the business and a team of senior recruiters who now understand the broader transferable skills of service personnel and can advise on opportunities within the business.

Army veteran David Duncan began his journey with BuildForce in January 2020. Faced with the challenges of a career transition during COVID-19, BuildForce guided and equipped David with the tools to achieve successful employment within his chosen industry.

David Duncan (Army veteran, 2nd Battalion the Mercian Regiment) served two tours of Afghanistan during his career. During his second deployment, David was shot in the face which eventually lead to medical discharge in September 2012. After leaving the military he went on to travel the world and upon his return to the UK worked in the travel industry.

While working full time in the travel industry and raising a young family, David also completed a number of Safety qualifications with the view of pursuing a career in the Health and Safety industry. In January 2020, David got in touch with Buildforce to support his career aspirations and transition into the construction industry. Not long after, Covid-19 meant that David was put on furlough by his employer in the travel industry, at which point he focussed on his career development, completing 15 professional safety qualifications.

Over the course of his furlough, BuildForce secured David a work placement with Wates Group, working closely with their Health and Safety Director, who also served as David’s mentor.

In a bid to gain further construction experience, BuildForce connected David with health and safety professionals in his area arranging an additional work placement, where David could better understand the role of a health and safety manager on site.

Through the combination of work placements, mentoring, David’s determination and the BuildForce support network, David is now a health, safety and environmental advisor with major homebuilder, Vistry Group. Vistry Group has since highlighted David’s adaptability, intuitiveness, and his ability to be comfortable in the uncomfortable, all military transferable skills.

We set out to formally connect our Service personnel with the construction industry. We’ve now established entry routes into industry with greater transparency on careers available. David is a great example of this.

We want to serve those who have served our country and will continue to champion the employment of our service leavers and veterans throughout all areas of the construction industry.

I can say with absolute confidence that without the support, both in person and virtually from Buildforce, I would not have been able to gain employment in the construction industry as a Health and Safety Professional.