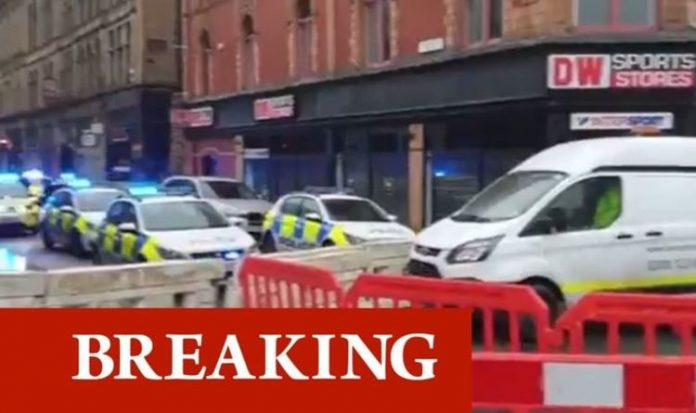 Emergency services were alerted to the incident this morning off St James’ Street in the town centre. Lancashire Police have confirmed two people have suffered serious but not life-threatening injuries. The force said a man has been arrested.

Crews from North West Ambulance service are also in attendance.

A large police cordon has been placed in surroundings areas while an investigation takes place.

The public has been urged stay away from the area.

A police spokesman said: “We are currently dealing with an incident at Marks & Spencer in Burnley where two people have received stab injuries.

“Their injuries are described as serious but not life-threatening.

“One man has been arrested and is in custody at this stage.

“Nobody else is thought to be involved.

“A cordon is in place and we would ask people to avoid the area.”