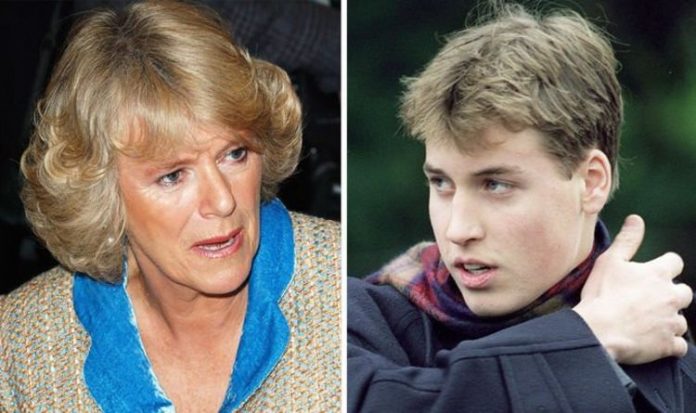 The meeting, which took place three years after Princess Diana went public about Camilla’s affair with Prince Charles, was unplanned and took them by surprise, adding to her jitters, according to a royal biographer. Camilla was recently the victim of intense trolling due to backlash from Netflix drama The Crown, which depicts her affair with the Prince of Wales in the Eighties. The Crown shows the toll the breakdown of the royal marriage had on the Princess of Wales, and some Diana fans reacted furiously, taking it out on the real-life Camilla.

This is not the first time Camilla has had to deal with a backlash to her affair with Charles ‒ the press and public gave her a tough time after it was outed in the 1992 book ‘Diana: Her True Story’ and the transcripts of a telephone conversation she had with Charles, which were leaked the same year.

Then, in 1994 Charles admitted in a TV interview that he had been unfaithful and in 1995 Diana made the infamous comment that there were “three people” in her marriage to Charles during an interview with BBC Panorama.

This interview has recently been a topic of contention, after Diana’s brother Charles Spencer accused journalist Martin Bashir of faking documents and tricking both him and his sister to secure it.

READ MORE: Charles liked Camilla because she was ‘happy to remain in the shadows’

Princess Diana spoke about the affair in her 1995 interview with BBC Panorama (Image: GETTY)

Camilla also had a frosty response from those inside the Royal Family, with the Queen refusing to acknowledge their relationship until 2000.

Due to the dramatic impact Camilla and Charles’ relationship had ‒ the breakdown of the royal marriage, the separation and divorce, all of which played out in the media ‒ it was perhaps natural that Camilla would be nervous about meeting Charles and Diana’s children.

First up was William, in a meeting that took place in 1998, just a year after Princess Diana’s tragic death, as Charles was trying to gradually introduce Camilla to the family.

Penny Junor wrote in her 2017 biography ‘The Duchess: The Untold Story’: “One day William rang from school to say he was coming to London for the weekend. It caught everyone on the hop.

William and Camilla now get on very well (Image: GETTY)

“At the time they were living in York House, next to St James’s Palace, and since neither of the boys were expected, Camilla was there.”

Camilla “immediately said she would leave” but Charles persuaded her to stay and told William she would be at the house.

Ms Junor added: “They were expecting William at seven that evening, but he turned up at half past three and went straight up to his apartment at the top of the house.

“Camilla was with [personal assistant] Amanda and feeling decidedly anxious, as they all were.”

Charles took her upstairs, introduced the pair and then left them alone to talk.

About half an hour later, Camilla came out saying: “I need a gin and tonic!”

Despite her natural anxieties, the meeting was reportedly friendly, and Camilla started spending more time at York House when William was there.

Ms Junor added: “She never stayed at Highgrove when either of the boys were home.

“There were no memories for them of their mother at York House, but Highgrove was a different matter. It had been Diana’s house.”

Gradually, Camilla was introduced to the rest of the family and began to appear with Charles more and more in public.

Eventually, they got married in 2005 at Windsor Guildhall.

Charles and Camilla got married in 2005 (Image: GETTY)

William now enjoys a warm relationship with his stepmother, and both the Duke of Cambridge and his brother Prince Harry have spoken of their admiration for her.

William also gets on well with his step-siblings Laura and Tom Parker Bowles.

However, it was not entirely a smooth ride in that department, as Laura and William reportedly had “terrible fights” in the first years of their blended family.