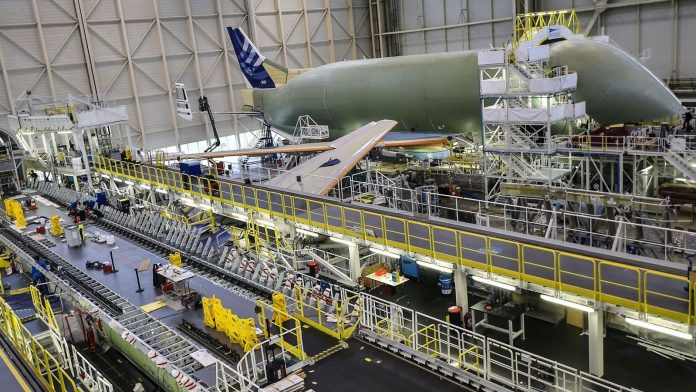 A Cabinet minister has issued a stern rebuke to his colleagues by reminding them businesses are “entitled to be listened to with respect” over Brexit.

Business Secretary Greg Clark made the remarks as he offered a ministerial response to concerns raised by Airbus about the government’s handling of Brexit negotiations.

Last week, the major plane manufacturer warned it could pull out of the UK with the loss of thousands of jobs in the event of a “no deal” Brexit.

The company, which employs 14,000 people at 25 sites across the UK, also called for ministers to extend the planned Brexit transition period beyond December 2020 in order to help mitigate the “severe negative consequences” of the UK leaving the EU.

At the weekend, senior ministers hit back at Airbus for going public with their fears.

Health Secretary Jeremy Hunt, who backed Remain but now says he would vote Leave, claimed it is “completely inappropriate for businesses to be making these kind of threats” as he warned against anything that will “undermine” the prime minister in negotiations with Brussels.

International Trade Secretary Liam Fox, a Leave campaigner, claimed Airbus should be “making the case” against a “no deal” Brexit in Europe – not just to the UK.

And Foreign Secretary Boris Johnson was also reported to have uttered “f*** business” when asked about the fears of some business leaders about Brexit, although sources close to the leading Brexiteer are said to have disputed the alleged comment.

Speaking in the House of Commons on Monday, Mr Clark delivered a message to his Cabinet colleagues.

The business secretary, who supported the UK remaining in the EU, said: “Any company and any industry that supports the livelihoods of so many working people in this country is entitled to be listened to with respect.

“The government has been clear that we are determined to secure a deal with the EU that meets the needs of our aerospace firms and the thousands of people whose livelihoods depend on them.

“And that in particular products made in the UK can be approved for use across Europe, that there should be no tariffs or any unnecessary friction in the trade between the UK and the EU, that skilled employees will be able to work across multiple sites of an integrated operation.”

Responding to Mr Clark, Labour’s shadow business minister Chi Onwurah said: “The secretary of state may say he is listening but the health secretary calls Airbus ‘completely inappropriate’, the trade secretary blames the EU and it would be unparliamentary to fully quote the foreign secretary.

“Businesses are told to shut up when they call for clarity, Labour MPs are accused of scaremongering, Conservative MPs called traitors.

“This Government is so insecure, so at odds with itself and the country that it cannot stand scrutiny.

“Their chaotic handling of Brexit is dividing the country, not bringing it together and risking our industrial base.

“They should abandon their red lines, rule out no deal, accept that a new customs union and a single market is in all our interests.”

Tory former minister Anna Soubry later asked Mr Clark to confirm that the Conservatives are “still the party of business” and that firms should be free to speak out without being criticised, to which the business secretary simply replied: “Yes and yes”.

Labour MP Mark Tami, who asked the urgent question on Airbus to which Mr Clark had been responding, said the worries of the company must be taken “seriously”.

He said: “The government needs to wake up and listen rather than just address Tory infighting.”