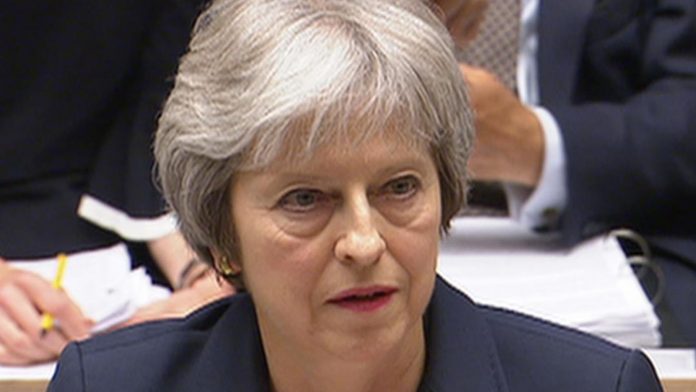 Theresa May is to have a cabinet sleepover at her Chequers country retreat at the end of next week to finalise the Brexit white paper in a showdown dubbed “the body bag summit” by some MPs.

Sources told Sky News the meeting had been pencilled in for 5 and 6 July, with cabinet ministers told to bring their overnight bags as the prime minister locks in her top team to thrash out an agreement.

The much-awaited white paper, setting out detailed plans on the UK’s post-Brexit future, will be published on 9 July.

After months of prevaricating, the prime minister will have to finally set out what sort of post-Brexit customs rules she wants in a showdown meeting.

“It’s being called the body bag summit,” said one MP last week. “They’ve either got to back her or quit. A couple of cabinet ministers could be coming out in black bags”.

Two sources told Sky News that the dates have been pencilled in, but have yet to be confirmed. The sources also suggested that the entire cabinet would attend, rather than just those on the Brexit sub-committee.

The Brexit white paper, which the prime minister has promised would be “detailed and precise”, had been expected ahead of the European Council summit later this week, but was delayed amid fierce infighting in her cabinet and parliamentary party about post-Brexit trading arrangements.

Brexiteers are demanding that Mrs May honours her promise to leave the single market and customs union completely, while Remainers want a close customs and regulatory alignment in order to minimise the disruption to trade.

Brussels and London have set an intended October deadline to reach an outline agreement on the future relationship the UK will have with the bloc post-Brexit.

This is the second time in recent months the prime minister has summoned her warring cabinet to Chequers to try to reach agreement on Brexit plans.

Ministers last convened at Chequers in February as tensions boiled over around the matter of Britain’s post-Brexit customs arrangements with the EU.

On that occasion, the prime minister managed to secure agreement to pursue a plan for “ambitious managed divergence” where the UK could chose to maintain EU standards in certain areas, such as the car industry, but diverge in others.

In the table at this summit is two variants of a customs arrangement post Brexit. The first is a “maximum facilitation” customs proposal, which would use technology and trusted trader status to minimise disruption.

The second is a “new customs partnership” whereby Britain will act on the EU’s behalf when handling goods – such as imposing tariffs – and then passing the money onto Brussels.

This would ensure an invisible border in Ireland and allow for frictionless trade but is an untested scheme which has been rejected by some of her leading cabinet Brexiteers.