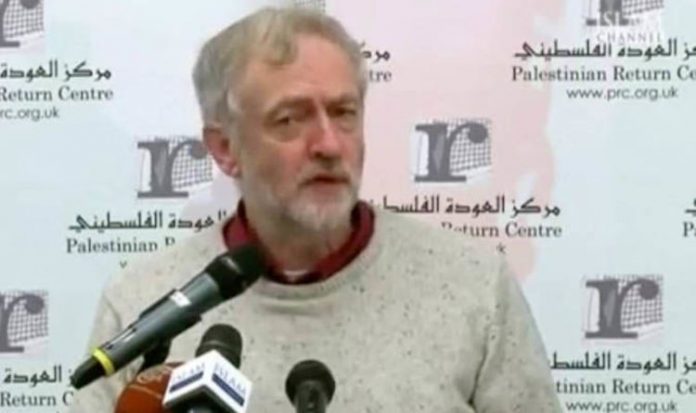 Backbencher Helen Grant wrote to the Parliamentary Commissioner for Standards alleging the Labour leader had breached the MPs’ code of conduct.

Earlier this week, a video emerged of the Labour leader claiming British Zionists have “no sense of English irony” during a speech in 2013.

He said: “They clearly have two problems. One is they don’t want to study history and secondly, having lived in this country for a very long time probably all their lives, they don’t understand English irony either.”

Mrs Grant’s complaint came after the ex-leader of the British National Party and a former Grand Wizard of the Klu Klux Klan sent Mr Corbyn supportive messages on social media.

“Go Jezza!” ex-BNP chief Nick Griffin wrote on Twitter in response to the video, while US white supremacist David Duke backed the Labour leader’s vow to challenge the “stranglehold of elite power and billionaire domination over large parts of our media”.

She said the video “makes me as a proud British Jew feel unwelcome in my own party. I’ve lived in Britain all my life and I don’t need any lessons in history/irony”.

“It is clear Mr Corbyn has not reached the bar set by the code of conduct for members, and I therefore ask that you investigate.”