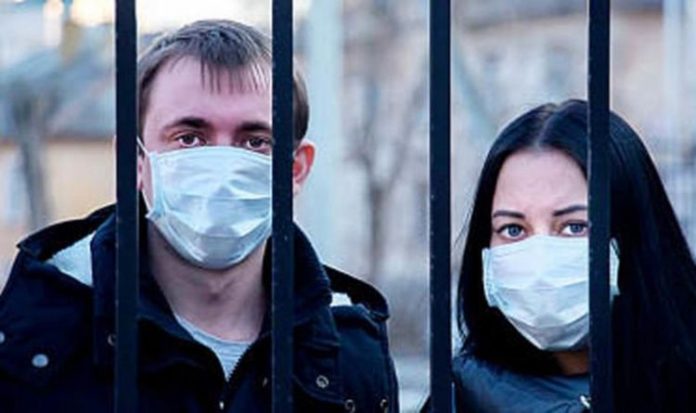 The nation’s “talent of tomorrow” has felt the full brunt of the pandemic with teaching curtailed, debt piling up and being penalised by having to pay full tuition fees. Two in three students get no face-to-face teaching at all while many are paying a fortune for flats they are not allowed to live in. Meanwhile Britain’s 164 universities are sitting on reserves totalling £46.2billion, which equates to just over £19,000 per student, according to the Higher Education Statistical Authority for the academic year 2018/19.

This money could be used to support students through the pandemic, especially those who will be left crippled with debt for not even a basic education.

And a cross-party group of MPs and peers has joined your Campaigning Newspaper of the Year’s call for increased student support.

Paul Blomfield, MP, who leads the group, said: “This generation of university students will be those most affected by the pandemic over their lives, and they’ll do more to pay off the national debt than those at work currently.

“We must hear their calls for support and act to help them now. Students cannot be neglected.

“It’s a call for major action by the Government but it’s essential to protect future generations and our universities. I hope the Universities Minister will back us.”

The group has called for a Learning Remediation Fund to support additional learning missed because of the pandemic.

Two out of three university students in England say they had no face-to-face teaching during November, a survey of 100,000 students by the Office for National Statistics (ONS) found.

Students are struggling to cope in lockdown (Image: PA)

Emily, who had just one meeting with another person last term, said: “We shouldn’t have to pay for our education if we’re not getting it.”

A separate survey showed nearly four in 10 students are dissatisfied with their academic experience. At least 37 per cent report being “dissatisfied” or “very dissatisfied” this month, compared with 29 per cent in November, the ONS revealed.

And nearly two in three students polled between January 8 and 18 reported a worsening of their mental health since the start of the autumn term.

And Tom Allingham, of Save the Student, which provides financial advice, said: “Students have undoubtedly been forgotten for the most part.

“It’s almost become a meme [social media joke] that whenever the Prime Minister announces new restrictions, he’ll explain how it affects everyone apart from students – and the sad fact is that this isn’t too far from the truth.”

UK students pay up to £9,250 per year for an undergraduate degree while international students can pay significantly more.

The Government sets what fees can be charged. Proposals earlier this month mean tuition fees will be frozen while the Government decides whether to cut them at the next spending review. The fees were introduced under Labour in 1998.

Jo Grady, general secretary of the University and College Union, told how the pandemic had exposed “deep flaws” in a sector reliant on tuition fees. “This Government has left staff and students in limbo,” she said. “Education is a public good and needs to be publicly financed.”

The Association of College’s chief executive David Hughes said lockdowns had limited college students’ time gaining experience in practical subjects such as plumbing, catering, engineering or hairdressing. The big challenge now was how they can catch up, he said.

“We must all work hard to ensure that the legacy of lockdown is not a generation of learners with stunted life chances,” he added.

Universities UK, which represents the seats of learning, said institutions were “determined” to provide students with a positive experience despite the challenges brought on by the pandemic.

The Department for Education said: “We recently announced up to £20million to help students most in need of support, in addition to an existing £256million universities can use to help students.

Even dance classes like ballet are taught online (Image: Getty)

“Universities are responsible for their tuition fees but the Government has been clear they are expected to maintain quality and academic standards. If a student has concerns they should first contact their provider, and if unresolved, those in England and Wales should seek advice from the Office of the Independent Adjudicator.”

The infuriated London student has slammed both the Government and universities for “not listening” to students’ concerns during the pandemic.

Austin, who is studying for a postgraduate certificate in primary education, criticised universities for changing their services but not their expectations of students.

“No one is taking responsibility. Until the Government tells universities to sort this out, I don’t think they will. Universities, at the end of the day, are money-making machines.”

Austin signed petitions after feeling he was missing out (Image: Daily Express)

Austin, who is originally from Bristol, said many lessons were either pre-recorded or links did not open. He said: “The university’s expectations of students aren’t changing, but they want the expectations of them to change.”

He added: “Yes, you get a degree at the end of the day, but it’s important to have the interaction and life experience that you gain outside the classroom.

“That’s what progresses you from an 18-year-old kid who finishes A-levels.”

After accusing her university of failing to acknowledge its reduced service, this third-year student has called for her tuition to be partially refunded.

The Bristol University student said societies and sports teams were among the “worst things impacted” by the crisis.

The English student added: “I was involved last year in up to 10 societies and this year I’m in one, because it’s the only one that’s able to function online.

“It’s impossible to participate in societies and social life of any kind.”

Her course structure involves a Zoom lecture three times a week, plus reading.

Sabrina called for at least a partial refund.

She said: “It would be a recognition that there has been a huge disparity in the education that my year received.

“This isn’t directed at any of my teachers who I imagine do want to be in a classroom as well.”

The second-year Oxford University student called on the Government to reduce students’ loans for the year – without withdrawing funding.

The English student was frustrated at being unable to access resources, such as the library, during the crisis.

She said: “I think it’s really frustrating, especially when there are so many resources we can’t access. Ultimately, though, my anger is towards the Government rather than the universities.”

Abigail, who attends Magdalen College, continued: “If tuition fees are cut or refunded, it’s not going to be the vice-chancellor who loses their salary. It’s going to be the first-year lecturers or the welfare budget that gets slashed, or there isn’t going to be as much support for students with disabilities, or scholarships will be taken away.

She added online learning had been “really, really tough”, and admitted there were no winners.

Abigail, from Kent, said: “You can’t pop into an office to ask a question or stay after a lecture to ask a quick question, or even have discussions with your classmates. We’re losing out.”