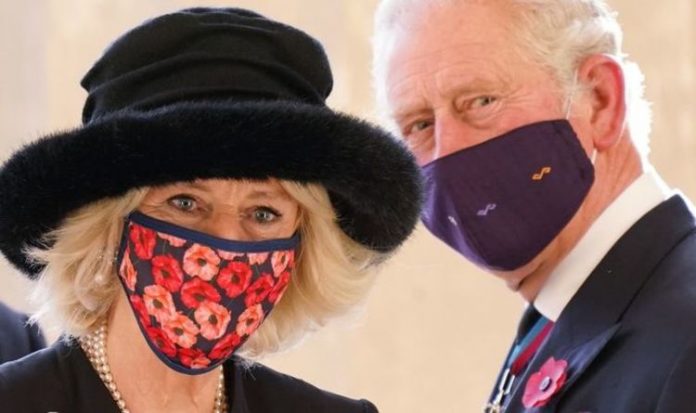 Prince Charles and Camilla will celebrate Christmas quietly at their beloved home in Gloucestershire, Highgrove. However, the royals would like to see at least some of their closest relatives during the holidays, an insider has claimed.

To be able to abide by Government guidelines on coronavirus while also spend time with their families, the prince has planned for a “Highgrove affair with a side order of Ray Mill and an amuse-bouche at Windsor”, a source close to the heir to the throne has told Vanity Fair.

This plan would see Charles and Camilla go their separate ways after having spent time together in Gloucestershire.

Ray Mill is the home in Wiltshire of Camilla, where she usually hosts a Christmas lunch for her children Laura and Tom and their sons and daughters after having spent Christmas Eve and Christmas Day with the Queen and the rest of the Royal Family at Sandringham House.

If these plans were to be followed by the couple, Prince Charles would go to Windsor while Camilla is with her immediate family.

To see his parents, Prince Charles would travel to Windsor Castle, where the Queen and Prince Philip have been self-isolating together throughout the second national lockdown in England.

Buckingham Palace announced last week the monarch and the Duke of Edinburgh will spend Christmas quietly at their Berkshire residence.

READ MORE: Young royals ‘would be fine’ if Britain opted to ditch the monarchy

A spokesperson said: “Having considered all the appropriate advice, the Queen and the Duke of Edinburgh have decided that this year they will spend Christmas quietly in Windsor.”

The Queen is understood to feel “fortunate” for all the Christmases in the past she has been able to spend with several members of her family.

Other members of the Royal Family may decide to join the monarch and Prince Philip for a socially-distanced meeting after having spent Christmas Day at their homes.

Prince Andrew and Sarah Ferguson live at the Royal Lodge, only a 15-minute drive away from Windsor Castle.

Similarly, Princess Eugenie and her husband Jack Brooksbank have now settled down at Frogmore Cottage, which is even closer to the castle than her parents’ residence.

In November, an insider claimed Prince Edward, his wife Sophie, Countess of Wessex, and their two children would form a Christmas bubble with the Queen’s household.

While this now appears unlikely, the Wessexes could still head to the castle to visit the Queen and Prince Philip, as they have done also in August when they travelled to Balmoral Castle.

Government rules on coronavirus lasting in England between December 23 and 27 will allow up to three fixed households to meet indoors.

But socially distanced meetings with a maximum of six people outside of the Christmas bubble can still be held outdoors in Tiers 2 areas such as Windsor.

The Queen and Prince Philip have gathered their family at Sandringham House for more than three decades, between 1988 and 2019.

The Queen particularly cherishes her winter breaks in Sandringham.

Among her annual appointments, there is every January the annual gathering at the Sandringham branch of the Women’s Institute.

Her Majesty’s winter breaks always last until February 6, a date particularly important for the Queen as it marks the anniversary of the death of King George VI.

The monarch usually spends the day privately in Norfolk before returning to southern England to resume her duties.

As a tribute to her father, the monarch is also said to have instructed the staff not to take down Christmas decorations on January 6, as customs would, but to wait until the painful anniversary.