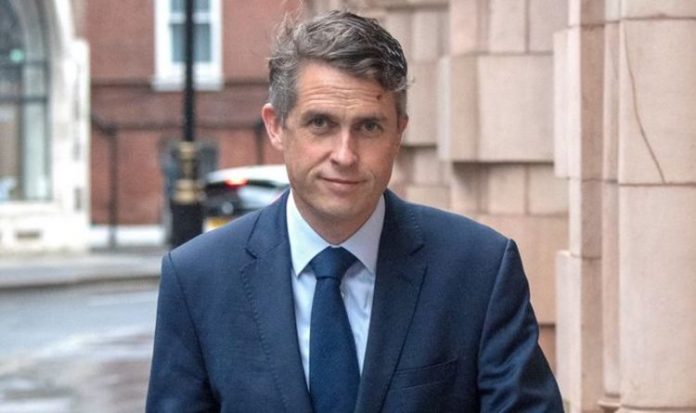 The Education Secretary said he had “every confidence” that the Government will be able to run a whole set of exams in the summer. His pledge comes after tests this year were cancelled due to the pandemic and millions of pupils lost months of education when schools were forced to close.

Students were given grades based on teacher assessments moderated by a computer algorithm.

But this was discredited, forcing the Government into a U-turn with marks recalculated based solely on assessments.

Mr Williamson yesterday gave a cast-iron guarantee that the exams will not be cancelled next year.

Students will also be awarded more generous grades and offered assistance to compensate for the pandemic chaos.

He told Sky News: “I have every confidence that if we’ve been able to run a whole set of exams for GCSEs and A-levels during a national lockdown, we have every ability to run those same set of exams in the summer of next year.”

As well as generous grades, pupils in England will receive advance notice of some topics as well as exam aids when sitting papers to ensure they are not disadvantaged.

Additional exams will also be run to give candidates a second chance to sit a paper if their main exams or assessments are missed due to illness or having to self-isolate, the Department for Education said.

Mr Williamson said a committee of experts will look at how to help pupils who have suffered most during the pandemic.

He said: “We’re going to be asking the expert group to look at some of the additional challenges that are going to be evident as a result of differential learning and how we best deal with that and tackle that.

“We want them to look at how we can properly flag that so that the opportunity for that child is there for them to be able to succeed.”

In October, the Government announced that the 2021 exams would still go ahead in England, but that the majority would be delayed by three weeks to give pupils more time to catch up on learning.

Students will be given aids, such as formula sheets, in some exams to boost their confidence and reduce the amount of information they need to memorise, as part of the measures.

But it is understood that grading changes simply based on the region you live in have been ruled out.

Under new contingency measures, students who miss one or more examinations due to self-isolation or sickness, but who have still completed a proportion of their qualification, will still receive a grade.

If a pupil misses all their assessments in a subject, they will have the opportunity to sit a contingency paper held shortly after the main exam series.

These tests are expected to run in the first few weeks of July.

If a pupil has a legitimate reason to miss all their papers, then a validated teacher-informed assessment can be used, but only once all chances to sit an exam have passed.

Students who are clinically extremely vulnerable will also be given the option to sit an exam at home if they cannot be in school due to restrictions.

It comes after Government figures revealed that 22 percent of secondary school pupils were absent from classes last week for the second week running.

Labour leader Sir Keir Starmer said that exams should not be cancelled, but urged ministers to roll out further support for children who have missed school as a result of the pandemic.

He said: “We can’t cancel exams – we had a complete fiasco this summer over exams and we can’t go down that route again because it would be so unfair.

“We have been calling on the Government for months now to delay the exams because the obvious problems for children and young people.

“They finally got round to doing it but they need to go further because the attainment gap has got bigger during the course of this pandemic as people have been off school.”

He added: “The Government needs to put extra support in to make sure that those children who’ve lost out in these months have a fair opportunity when they get to those exams.”