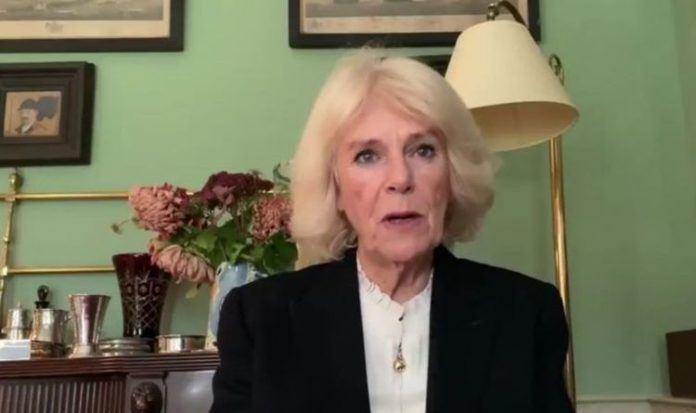 In a video posted on Clarence House’s page, Camilla marked International Day for the Elimination of Violence against Women. In a series of tweets, Clarence House detailed Prince Charles’ wife’s dedication to the important cause and included a link to the couple’s website about Camilla’s work to tackle domestic violence. But only Twitter accounts followed by Clarence House or anyone mentioned in the tweets could reply.

The move suggested the duchess was keen to avoid giving trolls a platform to criticise her in light of recent negativity directed at her and Charles prompted by the release of the fourth series of Netflix’s The Crown.

In the video, Camilla said: “The 25th of November marks the International Day for the Elimination of Violence Against Women.

“It’s a day when we are reminded that worldwide one in three women and girls experience physical and sexual violence in their lifetime, more often than not by somebody very close to them.

“Today gives us all the opportunity to remember those who have suffered and those who tragically have died as a result of these heinous crimes.

“I very much hope that it will encourage all of us to help people we know who might be living in the dark world of abuse and coercion.

“This will be particularly important in the build up to Christmas – a time when very sadly domestic abuse increases.

“But today is also a day that can give us hope.

“Together, we can and we must eliminate violence against women.”

She urged everyone to play their part in the fight against gender-based violence.

She added: “Each one of us has a part to play, to do everything in our power to raise awareness, to reach in to others, and to support and be inspired by those very brave survivors.

“Violence against women is everyone’s problem and the solution must be too.”

Since the fourth series of The Crown was released on Netflix, Camilla and Charles have come under fire from viewers over their history.

The latest series in the hit show depicts the relationship between the pair while Charles was married to Princess Diana.