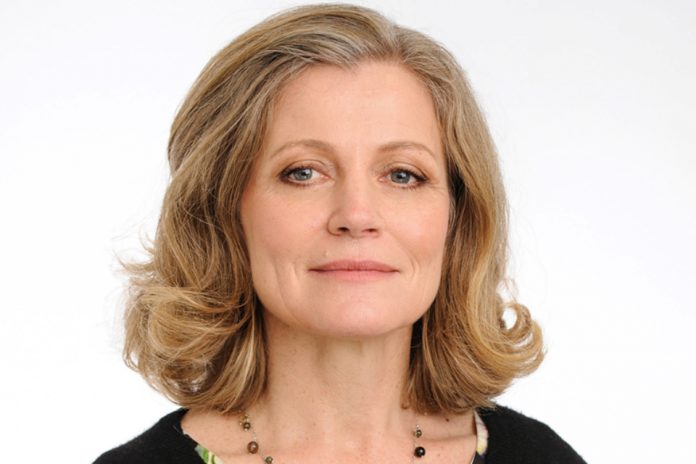 February this year was the wettest on record.

It was followed by the sunniest spring on record.

Climate change will increasingly bounce us between these extremes in the coming decades, and water – whether too much, too little, or its quality – will only become more of a concern.

The Environment Agency is an operator, a regulator, and an adviser to Government.

We are more effective and efficient because we bring these disciplines together.

In the last year alone, we handled 76,777 environmental incidents across the country.

Like the Institute of Water, we know that these things happen because people have devoted their careers to the environment.

But while we celebrate their successes, we do not ignore the many problems with modern society’s relationship with water.

The water classification results for England this year, showed just 16 percent of waters meet the criteria for ‘good ecological status’.

…based on serious pollution incidents, pollution per kilometre of sewer pipes, and compliance with permits.

I’ll return to this shortly.

Last week, the Prime Minister published his ten point plan for a green industrial revolution, mobilising £12 billion of investment and creating and supporting up to 250,000 jobs.

It’s ambitious, and we are working with government on many aspects of the plan.

We are ready to play our part helping to deliver the government’s emissions reduction targets at the end of the EU Transition period.

In the 2 years between January 2017 and December 2018, the Climate Change Agreements we administer saved about 45,653 gigawatt hours of power.

That is equivalent to 9 million tonnes of carbon dioxide, and enough energy to supply over 2 million homes for a year.

The schemes we facilitate and enforce help businesses reduce their emissions and improve energy efficiency.

Like the water companies, the Environment Agency has set itself the goal of becoming a net zero organisation by 2030.

That means we will be taking as much carbon out of the atmosphere as we are putting into it.

We have adopted a tough, internationally recognised definition of net zero: not just the carbon we produce ourselves but also the carbon produced through our supply chain.

Having achieved a 47 percent reduction in direct emissions in the last 14 years, we have 4 times this amount to do over the next 10 years.

…and addressing the effect of our remaining emissions through offsetting measures that lock up carbon and deliver multiple benefits for biodiversity and reducing flood risk.

We do not underestimate the scale of the challenge.

Success will require wholesale behavioural and cultural change across the organisation in how we do things and how we work with others.

However, EVEN IF this country reaches the government’s target of net zero by 2050:

So, we also need to think about how we are preparing.

At the Environment Agency, we are preparing for a 2°C rise in global temperatures but we also need to plan for a potential 4°C rise by 2100.

Our new Flood and Coastal Erosion Risk Management Strategy will help the country prepare for that future, but it starts now, ahead of winter.

It sets out how we (alongside risk management authorities, partners and communities) will build up the resilience of millions more homes and businesses.

Some examples of what this means are:

The government has committed a record £5.2 billion long-term investment in flood scheme construction in England, which also features in the Prime Minister’s 10 point plan.

It is money well spent.

For every £1 used to improve protection from flooding and coastal erosion, we avoid around £5 of property damages.

Periods of more extreme weather are a threat to people’s safety and the economy.

We recognise this additional pressure on the water sector, but we are also clear that it doesn’t excuse negligence or criminality.

We won’t hesitate to take action against those who pollute.

The very best results are also driven in partnership with NGOs (for example, on bathing waters).

But… no regulation works unless there is a threat.

While we have a lot to celebrate in terms of our partnership with the water industry, there are some who don’t think they will be caught, or don’t fear the penalties.

Fines for environmental crimes are disproportionately small compared to those in – for example – financial services.

In five years, we have brought 44 prosecutions against water companies, securing fines of £34 million.

But, even Thames Water’s £20 million fine a few years ago was only ten days’ worth of operating profit.

Economic turnover penalties are the next natural step if, after fair warning, water companies do not turn around their performance.

That means the most serious breaches by very large companies would be based on a percentage of their turnover.

Below this I would like to see the criminal courts apply penalties consistently and proportionately.

Anything less is no deterrent.

Resources are an issue.

In 2019/20 we received £15 million from the government to fund our water quality work – enforcement of the regulations, monitoring of what is happening in England’s rivers and coastal waters, tackling pollution incidents.

With roughly 240,600 kilometres of rivers and streams in England, that equates to just £62 to protect and enhance each kilometre.

These issues do not exist in isolation from climate change.

It’s vital we take an integrated approach to water management in catchments.

At the Environment Agency, people who work towards these goals work closely together – and in partnership with your industry – sharing information and expertise.

Two weeks ago, the Chancellor’s announcement of the UK’s first Green Sovereign Bond was a fantastic step to help unlock a wall of investment from the public and private sectors.

It would be a significant statement of intent if some of this were to help fund preparations for future climate shocks in the water environment, as well as our net zero ambitions.

Because flood protection, net zero, regulation, and environmental improvements are all connected.

You can’t drive your electric car to work on a flooded road.

This country has led the world before, when we implemented the world’s first Climate Change Act…

…Which helped to reduce the UK’s greenhouse gas emissions to 43 percent below 1990 levels by 2017.

We can do it again.

The question set by this conference was “Are we doing enough, fast enough?”

The answer is no.

BUT… we are shifting gears on the climate emergency, and the water sector’s plan for net zero by 2030 shows significant ambition and leadership.

If this is coupled with a matching effort to reduce pollution incidents, and prepare the country for climate impacts like floods and droughts, then water companies will not only lead industry, they can help transform the environment.

Improving water quality is a challenge as complex as managing a changing climate.

The Environment Agency looks forward to working with you on that… through 2030, and beyond.