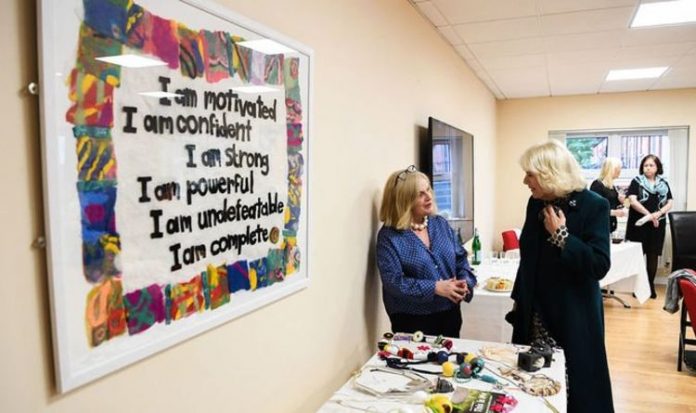 The man has never been brought to justice. The victim thanked Camilla for coming to Belfast and Lisburn Women’s Aid centre to hear her story. The duchess replied: “No, thank you for telling us. You are so very, very brave.”

Camilla, who in her public work is highlighting domestic abuse, visited the centre during an official trip to Northern Ireland with Prince Charles.

Some 32,000 domestic violence incidents were reported across the province last year, the highest since records began 15 years ago.

It is now equal with Romania for Europe’s highest incidence of domestic abuse per head of population.

There were 8,302 domestic abuse cases recorded in Northern Ireland between April and June during the COVID-19 lockdown – the equivalent of 91 incidents a day.

Asked whether her fears that lockdown would see an increase in domestic violence, Camilla said: “I am afraid so. I would like to say it hasn’t but I am afraid to say that it has.

“We have all got to do our bit to try and break the corrosive silence around the issue.

“I certainly am trying to do everything I can.”

She added: “The bravery of the women today was remarkable. I was incredibly moved.”