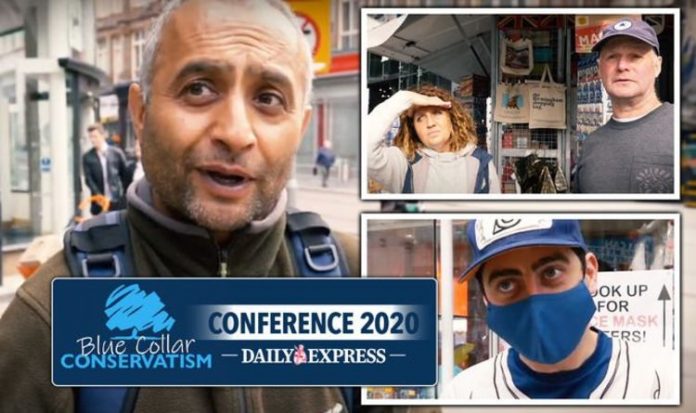 Fears that the UK could be plunged into a second national lockdown are paralysing businesses, according to Dudley residents. The Prime Minister Boris Johnson has been clear that he is keen to avoid another lockdown, saying the Government is going to do “everything in our power to prevent” one as it would be “disastrous” for the economy. However, with the number of coronavirus cases rising sharply around the nation, West Midlands business owners have expressed their concern to the Blue Collar Conservatism group.

How well do YOU think Boris Johnson is handling the coronavirus crisis? Vote in our poll!

One man told the grassroots campaign: “Every job’s been impacted. It’s just sick pay and all that.

“If you don’t go in, you only get £90. Even if they’ve got corona, they’ve got to go to work to pay for the food and the bills.

“So there’s a bit of common sense there isn’t there?

“This is where the Government doesn’t realise. People on furlough with the private jobs, they get full pay. It’s the low paid workers.”

A woman who had worked in retail for 10 years also detailed her worries.

She said: “I work in charity retail so we’re still really busy.

“We’re getting constant calls with people asking can we come pick something up because they need to donate it.

“So instead of donating, they’re actually throwing it away.”

The owner of a market stall also forecast an uncertain future.

He said: “We’ve been on this stall is 1976, we’ve never seen anything like the last six months.

“It’s my father’s, passed down through generations.

“With another lockdown maybe coming now, some of the traders are thinking of packing up altogether.