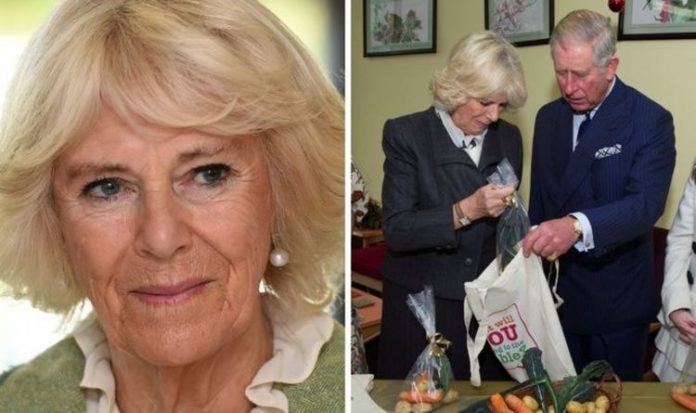 The Duchess of Cornwall now enjoys all the luxuries being a senior member of the Royal Family allows, particularly throughout the festive season. This year’s festive calendar has been decimated as a result of the coronavirus pandemic, although the Government has allowed households to meet up for five days over the Christmas period. But due to restrictions on the number of people that can meet, Camilla and Charles are expected to make the unusual move of spending Christmas in Gloucestershire, as opposed to meeting up with other members of the Firm.

Routinely, the likes of the Queen, Prince Philip, Charles, Camilla and the Cambridges all get together and meet at the Sandringham estate in Norfolk, a tradition that began in 1988.

Their decision comes after a Buckingham Palace spokesperson confirmed the Queen and Philip will celebrate Christmas “quietly” at Windsor Castle.

Before her life as a senior member of the Royal Family, Camilla used to enjoy the festivities with her children Laura Lopes and Tom Parker Bowles, as well as her ex-husband Andrew.

Recalling those days, Tom admitted that Camilla did “struggle” with cooking around Christmas, and that he once saw her “kicking” a massive turkey into the family’s oven while wearing a dressing gown.

He joked: “She and my aunt Annabel would struggle to get it in.

“Despite the occasional kitchen mishap, my mother was an excellent chef.

“Before she married my stepfather [Prince Charles], she was always in charge of the cooking.”

Camilla married Charles in 2005, but Tom said that she would always see her children, and grandchildren, at some point over the Christmas period.

Camilla and Charles on Christmas Day with other members of the Royal Family (Image: GETTY)

Tom remembered how the family would “go up to her house from London”, where Camilla would then “cook us scrambled eggs with smoked salmon”.

He added: “She makes a huge pot with lots of butter and they’re perfect.”

The 45-year-old was discussing his Christmas’ growing up as part of an interview last year with the New York Post to publicise his latest cook book.

After her wedding, the Duchess was seen to embrace the Christmas spirit and helped turn on the lights on London’s Burlington Arcade, the first of many illumination switch-ons she would attend over the next 15 years.

As part of her role she also opened up Clarence House for youngsters to come in and take part in tree decorating activities.

Yet, according to royal author Christopher Wilson, Camilla is actually less keen on the big family get-togethers put on by the Queen.

He said: “She is not overly enthusiastic with en masse gatherings of the Royal Family and tends, for example, to leave the Sandringham house-party at Christmas at the earliest opportunity.”

Last year he told the Daily Mail that this could be because of the difficulties she has faced embedding herself with the Firm, particularly with Charles’ two sons Prince William and Prince Harry.

Mr Wilson added: “Dealing with the family she married into hasn’t always been plain sailing.

“Though to all outward appearances she has the support and friendship of Prince William and Prince Harry, privately there is a distance.”

It was previously suggested Charles could still see Her Majesty as part of the annual Boxing Day hunt this year as the Government’s coronavirus restrictions allow the meeting of up to 30 people carrying out “professional outdoor sport”.

The guidance would allow Charles to see the Royal Family at Sandringham for pheasant hunting without restrictions.

But the Buckingham Palace statement confirmed that no royals will gather at the estate for Boxing Day.

The spokesperson added: “Having considered all the appropriate advice, the Queen and the Duke of Edinburgh have decided that this year they will spend Christmas quietly in Windsor.”