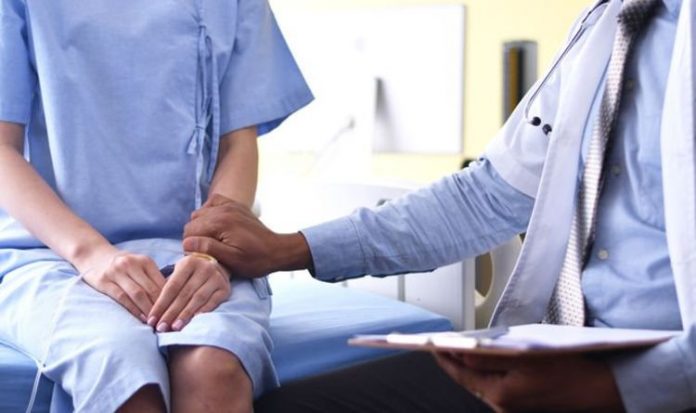 The life-saving charity, one of the nation’s biggest, was forced to act after a cash ­crisis worsened by Covid. The cuts – on top of £90million already revealed this year – puts tens of thousands of lives in jeopardy with dozens of potentially life-saving projects shelved. In one of the darkest days for British science CRUK said it would mean 92 fewer research projects get up and running. And 328 fewer researchers can be funded.

This will slow down future breakthroughs and seriously hamper the charity’s chances of achieving its top aim – that three in four survive cancer by 2034. Yet more budget cuts are planned in the spring.

“The closures of our charity shops and the cancellation of our fundraising events across the country means we have less money available for life-saving research. But we will never stop.

“We still have great ambition, are still the largest charitable funder of cancer research in the world, and will continue to fund the very best scientists in the UK and across the globe.

“We have always relied on the generous donations of all our supporters but we need them now more than ever so we can continue to achieve these ambitions – and so that together, we can still beat cancer.”

The cuts will seriously hinder huge advances made against the disease (Image: Getty)

Since the pandemic struck the charity has lost more than £160million.

Without urgent intervention major cuts will be made to research funding every year for the next four or five years. That would mean spending £150million less than planned every year until 2024.

It worked “relentlessly” to make its case to the Government ahead of Chancellor Rishi Sunak’s spending review last month but was left empty-handed.

Writing exclusively for the Daily Express, Michelle said: “We got no such assurances and time is running out. The opportunity is still there, and we strongly urge the Prime Minister and Chancellor to take note of what patients and the economy will miss out on if they don’t provide this funding. The consequences of doing nothing are significant.”

In the last financial year the charity funded research worth £455million.

The axe this time will fall on its “response mode” funding. These projects make up around one third of its research capability, and include drug discovery, early detection and prevention.

Usually the charity would hand over £90million of this type of funding every year. But the latest round of cuts has seen this sliced in half and will mean significantly fewer grants handed out.

“This has always been my concern. Lockdowns and all of these restrictions have one aim, to slow the spread of the virus.

“That is easy to monitor and achieve in the short term so it’s seen as a success.

“Negative consequences of lockdowns, and there are many, won’t be felt for months or even years but will cause a huge amount of damage in that time.

“It’s impossible to measure the suffering caused by this so it won’t be included in Sage modelling or Government reports.

“Politicians need to take a far more balanced view of lockdowns and their consequences.” The Daily Express revealed the scale of the crisis facing Cancer Research UK in September and has since campaigned on its behalf.

Last night the charity thanked our army of generous readers who dug deep and pledged money.

Michelle said: “I’d like to express my deepest appreciation to the Daily Express and its readers for your ongoing help and support during these difficult times.

“We are truly grateful to the paper for giving us the opportunity to share our story and the challenges we face as we move through the pandemic. We’ve all been affected in some way, and at Cancer Research UK, we’re determined to get back on track as quickly as possible.

“It’s been amazing to see the Daily Express rally its kind and generous readers to support us.

“We’re only able to carry out our life-saving research thanks to all of you, so on behalf of Cancer Research UK and people affected by cancer, thank you. Together, we will beat cancer.”

The cuts will seriously hinder huge advances made against the disease which kills 165,000 in Britain each year. Around 367,000 people are also diagnosed with cancer in that time.

CRUK has been at the heart of progress that has seen survival double over the past 40 years.

Today half of those with cancer survive their diagnosis for at least 10 years.

Founded in 1902 the charity’s involvement in some of the biggest breakthroughs includes the funding of modern radiotherapy pioneers in the 1930s.

In 1972 scientists showed the strong anti-cancer activity of the drug cisplatin (Platinol). Today almost all men with testicular cancer survive because of it.

Other research done through the type of funding now being savaged has enabled breast cancer survival rates to rise over the past 40 years.

And some of the world’s top scientists started their careers through projects funded by Cancer Research UK. They include Prof Charles Swanton, who in 2003 received a junior fellowship and is now its chief clinician. Dr Iain Foulkes, executive director of research and innovation, said: “We fund around half of the UK’s publicly funded cancer research.

“Medical research charities like ours are the lifeblood of research and development. The UK risks weakening its reputation as a world-leader in science if charities don’t receive the right support.”