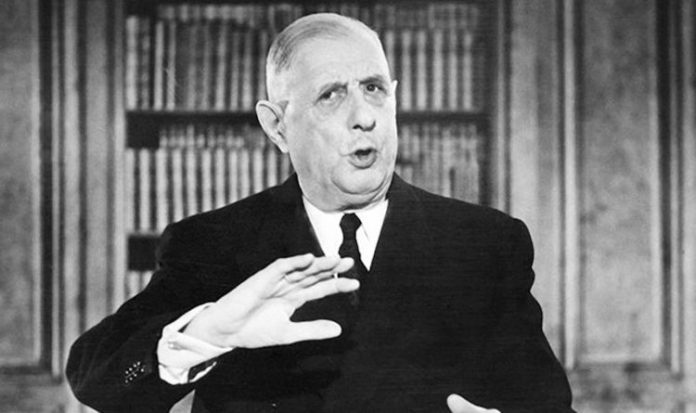 Arguably the greatest French leader since Napoleon, the general famously vetoed the UK joining the European Economic Community (EEC) in both 1963 and 1967 citing Britain’s economic and historical “peculiarities”.

According to a book by Julian Jackson, Professor of Modern History at Queen Mary University of London, De Gaulle viewed the UK’s membership of the EEC as potentially destabilising.

The professor argued that the country’s historical links to the Commonwealth and ties with America meant that Britain would be a divisive force among the continental member states.

“If you read the speech he made in 1963, where he vetoed Britain’s entry into the Common Market, much of what he said has proved to be true,” said the professor, whose book A Certain Idea Of France has just been published.

And he added: “De Gaulle claimed that Britain was not fundamentally European and more linked to America.

“In his speech a lot of the things he says negatively about Britain are very similar to the types of things that Brexiteers are now saying positively.

“He thought Britain would be an American Trojan horse.”