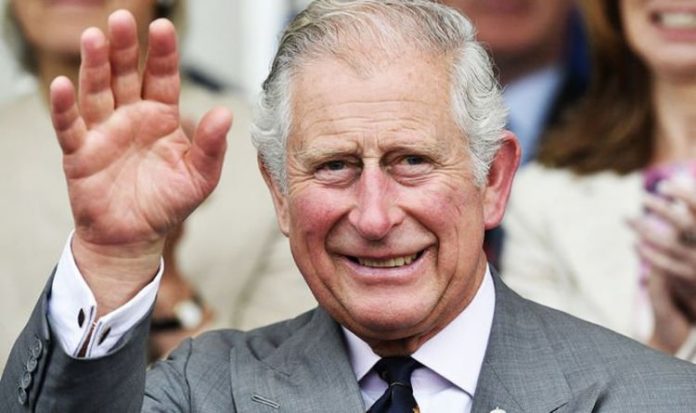 The annual event is set to take place on November 29 for broadcast on ITV in December. This year the performance will be held in Blackpool for the first time since 2009.

But while Queen Elizabeth II is the patron for the Royal Variety Charity, she is handing the reins to her son, Prince Charles to deliver a message at this year’s event.

The Prince of Wales is expected to record a special video of thanks as the event is held virtually due to COVID-19 restrictions.

“We have worked relentlessly to ensure that we can produce a Royal Variety Performance in some shape or form to raise much needed funds at this critical time.

Charles steps in for Queen at Royal Variety (Image: Getty)

Charles steps in for Queen at Royal Variety (Image: Getty)

“We are honoured that His Royal Highness, the Prince of Wales, has recorded a message of support for our charity, which continues to assist those from the world of entertainment, both you and old, since our formation in 1908.

“In 2020 our grants scheme has continued to operate throughout the United Kingdom, providing financial help for those from the world of entertainment, in all its forms.

“The Royal Variety Charity is proud to have been of assistance to those working in the industry during this particularly difficult year.”

Comedian Jason Manford is set to present the show as well as performance by Gary Barlow.

READ MORE: Queen banned from using St Edward’s Crown as Charles next to wear it

Prince Charles to step up for Royal Variety (Image: Getty)

Mr Manford said: “After appearing at the Royal Variety Performance three times since 2009, it is an honour and a privilege to be hosting the show this year.

“It’s been a hugely difficult year for everybody, so I hope that for a couple of hours on a cold winter’s night in Blackpool, we can take people’s minds off things and do what us Brits do best; have a laugh.”

The annual event is the world’s longest running entertainment show and the money raised will help support people from the world of entertainment.

The hero, who was knighted during a special ceremony with Her Majesty this year, will sing a cover of You’ll Never Walk Alone with Michael Ball.

Sheridan Smith will reprise her role as Cilla Black for a performance from Cilla The Musical.

Samantha Barks – of Les Miserables and Frozen the Musical fame – will also perform on the night.

Other acts into Celesta, Melanie C as well as the reformed Steps.

As always, the winner of this year’s Britain’s Got Talent, Jon Courtenay, will also attend and perform.

It is not the first time Prince Charles has stepped in for his mother having also represented Her Majesty abroad in recent years when the Queen scaled back international travel and most recently during the lockdown while the 94-year-old self-isolated in Windsor.

About Prince Charles, royal author Robert Lacey said this week: “He has tried with great sincerity and applied thought to create a fresh role for himself.

“Prince Charles saw there were many years in waiting, and he wanted to make creative use of that.

“He has, but he has not got the credit for it.”

This prompted author Alain Elkann to ask whether he thinks Prince Charles, who formally became the Prince of Wales in 1969 during an investiture at Caernarfon Castle, may not be crowned King after the Queen dies or steps down.

Mr Lacey replied: “I would not be at all surprised if British people decided – in five or six years’ time if the Queen is still alive – that they don’t particularly want a King Charles III.”