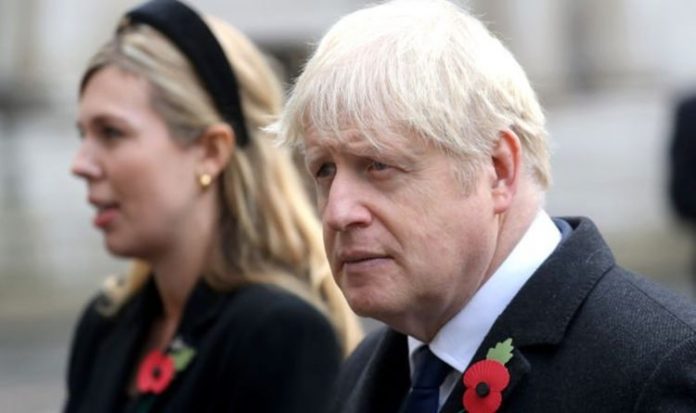 London and other parts of the south east and east of England were plunged into Tier 4 restrictions just before Christmas. Under the new restrictions, people are banned from travelling in or out of Tier 4 areas or mixing households inside in any setting, but allows people to meet one other person outside.

But adding to the devastating blow, Mr Johnson was forced to upgrade the rules as a result of the new virulent strain of the deadly virus and prohibit family gatherings over Christmas.

“In England those living in Tier 4 areas must not mix with anyone outside their own households at Christmas.

“Across the rest of the country, the Christmas rules will now be limited to Christmas day only rather than the five days as previously set out.

“I know how much emotion people invest at this time of year and how important it is for families to be together, so I know how disappoint this will be.”

However, under the guidance Mr Johnson could have spent Christmas Day with his family despite living in a Tier 4 area.

Under the section, ‘Who can make a support bubble’ on the Government website, it states: “You can form a support bubble with another household of any size if… your household includes a child who is under the age of one or was under that age on 2 December 2020.”

Sir Patrick Vallance also added the public should assume they might be infectious when considering meeting others over Christmas.

He said: “I think one way to think about it is assume you could be infectious.

“It’s not somebody else’s issue, it’s your own issue, you might be infectious and that’s the way that we have to behave at this moment.

Mr Johnson added it “can’t be stressed too often” that a lot of coronavirus transmission was by people who do not have symptoms at the time.

The Prime Minister added: “I don’t think people still now fully get that, in a way that perhaps they need to, it’s absolutely vital I think.

“I think one in three infections are transmitted asymptomatically still and people really need to realise that.”