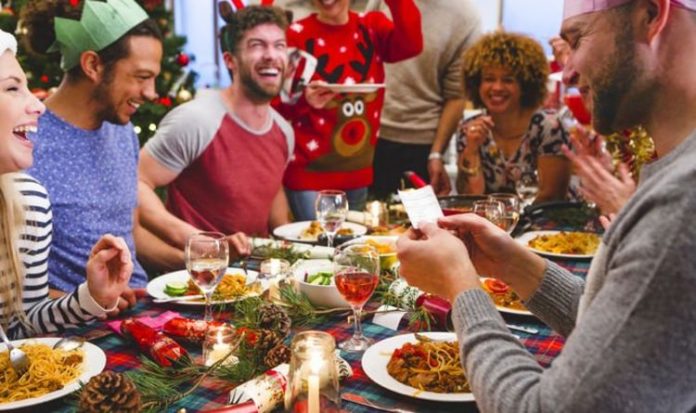 We don’t exactly know yet but we are expecting a brief break from the tier restrictions which will allow three different households to mix. The break is expected to last between three and five days and end before New Year’s Eve. Details will be announced in the next few days after talks with other nations of the UK.

WILL I BE ABLE TO GO TO THE PUB?

Maybe. It depends on where you and which tier your region falls into. Those lucky enough to live in a Tier 1 area will be free to visit their local. Last orders will now be 10pm with one hour to finish drinking. Those in Tier 2 will only be allowed a drink as part of a “substantial meal”, while those living in Tier 3 will see all indoor entertainment and all forms of hospitality closed except takeaways and deliveries.

WHAT ABOUT SHOPS AND SPORTS?

From next Wednesday people will be free to hit the shops to do their Christmas shopping. All non-essential shops, gyms, hairdressers and leisure facilities reopen. across the whole of England. Collective worship and weddings will also be able to resume, subject to social distancing. People will also be allowed to leave home for any purpose, rather than just for exercise, subject to the rule of six. And some fans will be allowed back into outdoor sports stadiums in Tiers 1 and 2.

WHAT ABOUT THE NEW TIER SYSTEM?

It will be stricter than the last. Tier 1 will mean people should continue to work from home where possible. The system will now be a “uniform set of measures”.

An announcement on which areas fall into which tiers will be made on Thursday. An army of specially trained officers with new powers will be responsible for enforcement after concern was raised at dozens of illegal gatherings during lockdown.