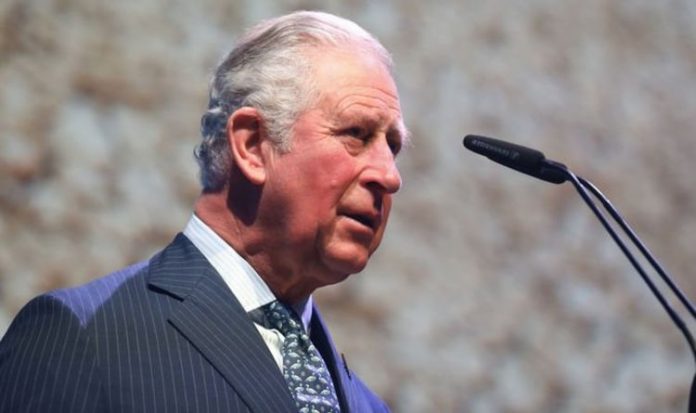 The Prince of Wales, 72, spoke to nominees at the end of the virtual Royal Television Society (RTS) Craft and Design Awards 2020. He said TV has provided a “valuable source of company” to vulnerable people shielding at home over lockdown.

Charles praised how the “nation was kept informed, engaged and entertained” throughout the “trying months”.

He also remarked on the “resourcefulness” of those working in TV production.

He said: “I know that the coronavirus pandemic has brought incredibly difficult times to people working in television production and to freelance workers in particular.

“The nation was kept informed, engaged and entertained throughout those trying months by television in all its rich variety.

“When production closed down many were left without work, yet still with families to provide for and bills to pay.

“As with so many of our industries it was a devastating period, but now that production is beginning to re-establish itself, I do hope you will be encouraged by the knowledge that the contribution you make to our national, cultural and economic life is truly valued.

“The ingenuity and resourcefulness of craftspeople in British television production is revered around the world and it is my belief that you will rebound from these challenging days stronger than ever.”

The Prince became a patron for the RTS in 1997.

The RTS awards show aired on the charity’s website at 6pm on Monday.

Anne Mensah, RTS Awards chair, said: “The standard of television this year has been incredible and provided audiences with both comfort and escapism, as well as new and underrepresented perspectives, in what has been such a turbulent time for all of us.”

The RTS was founded as the Television Society in 1927 and was granted its royal title in 1966.

It is the oldest television society in the world and holds six awards ceremonies annually.

It was the first official overseas visit of Charles and the Duchess of Cornwall since the start of the COVID-19 pandemic.

They were officially welcomed by the country’s President Frank-Walter Steinmeier and his wife Elke Budenbender at Berlin’s Bellevue Palace.

They arrived on the RAF Voyager with its new union flag colour scheme on November 14.

It made Charles and Camilla the first members of the Royal Family to attend the ceremony at the Bundestag.