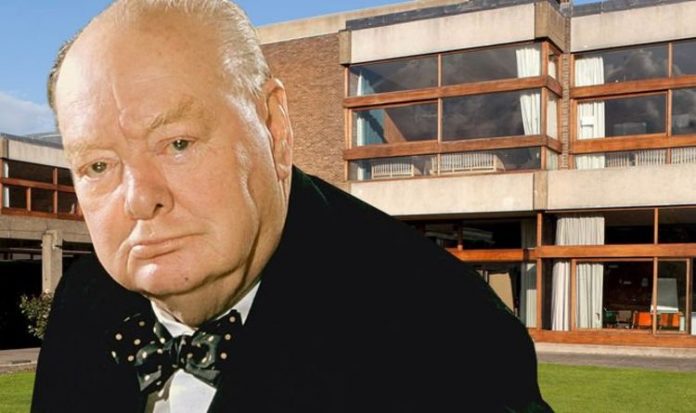 Sir Nicholas Soames condemned “this latest trashing of his reputation” and questioned whether Churchill College should continue to benefit from its association with the family name. He defended his grandfather’s memory and condemned the panel discussion as “idiotically sloppy” and “intellectually dishonest”. Academics taking part in the headline-making online discussion of the “racial consequences of Mr Churchill” claimed the former prime minister was influenced by ideas of white supremacy, with one participant saying the “British empire was far worse than the Nazis”.

The former MP said he was “very worried” about Churchill College and warned that “facilitating this kind of historical illiteracy is a travesty of what the institution is for”.

He said: “This constitutes, in my view, a new low in the current vogue for the denigration in general of British history and of Sir Winston Churchill’s memory in particular. This is now sadly quite common. But I never would have expected Churchill College to participate in it.”

Sir Nicholas said the college “benefits enormously” from the Churchill name but asked: “If they traduce it, should they be able to have their cake and eat it?”

Describing his disappointment, he said: “If there was one academic institution in the world that one would hope and expect would give Churchill a full and fair hearing — rather than give a platform to those who overlook his astonishing contribution to the defeat of the most murderously racist regime in all history — it surely should be Churchill College, Cambridge, named in my grandfather’s honour and now home to his personal papers and one of the world’s most important archives.

“It really seems to me that Churchill College should be defending his remarkable legacy, not allowing pseudo-academic detractors to smear him unchallenged.”

Sir Nicholas made his remarks in the foreword to a report published by leading think tank Policy Exchange in response to the event and authored by Churchill biographer Andrew Roberts and researcher Zewditu Gebreyohanes.

They describe the panel discussion as “character assassination” and an “attack on Sir Winston Churchill in a blatant attempt to discredit him”.

The authors state: “Panel discussions ought to be suitably balanced, and at the very least have speakers who are fair, measured and responsible in the way they use the platform they have been afforded.”

The event was part of Churchill College’s “Churchill, Empire and Race” programme which is intended to support an “honest reckoning with the past in all its complexity and nuance”. The college declined to comment on Sir Nicholas’s remarks or the Policy Exchange report, and the panellists were invited to comment.