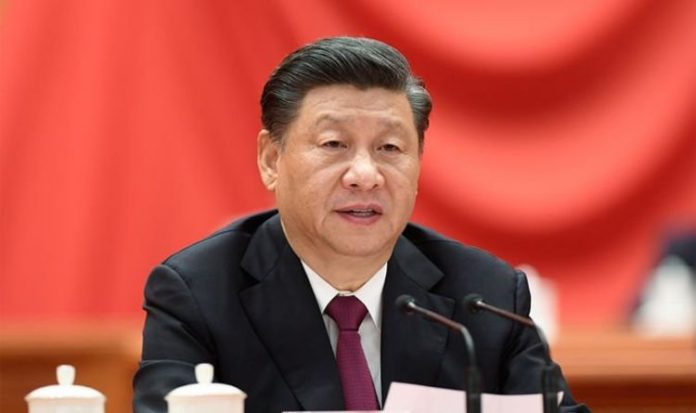 Security experts from China and America have tipped Beijing to splash on this years defence budget. Last year saw Beijing raise defence spending by 6.6 percent, or $178 billion, which was its lowest rate of increase in three decades.

Ni Lexiong, a retired professor at the Shanghai University of Political Science and Law, said Beijing is moving to protect itself from security threats.

He said: “China is facing the most severe security situation since the Korean War.”

The professor then predicted a substantial rise in defence spending due to US arms sales to Taiwan, regular deployments of US aircraft carriers off the China coast and the recent presence of a French warship and nuclear submarine in the South China Sea.

He added: “Looking at public opinion, it has become more urgent to take back Taiwan militarily.

“That is why the budget will surely rise sharply.”

Ross Babbage, non-resident fellow at the Washington-based Centre for Strategic and Budgetary Assessments and former Australian defence official, told Reuters he expected Beijing to raise spending by 7 percent on March 5.

He then said: “That is less than some people might expect and the reason for that is the Chinese economy is still not in great shape.”

China is the only major economy not to contract over the last year due to the coronavirus pandemic, but it only grew by 2.3 percent.

A Reuters poll holds that China’s economy is expected to grow by 8.4 percent this year.

It comes as The US 7th Fleet, headed by the destroyer USS Curtis Wilbur, carried out a “routine Taiwan Strait transit” on Thursday.

The People’s Liberation Army’s (PLA) Eastern Theatre Command spokesman said the USS Curtis Wilbur was tracked by Chinese forces as it sailed through the Taiwan Strait.

In a warning to the US, the spokesman said: “The move artificially creates risk factors in the Taiwan Strait, deliberately undermines regional peace and stability, we are firmly opposed to this.

“The troops in the war zone are always on high alert and ready to respond to all threats and provocations.”

It also follows US President Joe Biden calling China the “most serious competitor” the America in his first foreign policy speech.

He said on February 5: “We’ll confront China’s economic abuses, counter its aggressive course of action to push back on China’s attack on human rights, intellectual property and global governance.”

A White House press statement after his first phone call as President with China Chairman Xi Jinping also said on February 10: “President Biden affirmed his priorities of protecting the American people’s security, prosperity, health, and way of life, and preserving a free and open Indo-Pacific.

“President Biden underscored his fundamental concerns about Beijing’s coercive and unfair economic practices, crackdown in Hong Kong, human rights abuses in Xinjiang, and increasingly assertive actions in the region, including toward Taiwan.”

They said: “What Mr Biden has done in his early days in office concerning the handling of China-US ties affords little optimism.

“Although he shared his greetings and well wishes with the Chinese people on the occasion of the Lunar New Year, and pledged to cooperate with China on such issues as climate change and nuclear weapons proliferation, many of his policies do not seem to deviate much from his predecessor’s approach, marked by direct confrontation across the board from trade and Taiwan to the South China Sea. (…)

“Such incendiary remarks harp on the same tune as that heard from the previous administration, and are centered on a zero-sum mentality which sees China’s gain as the US’ loss.”