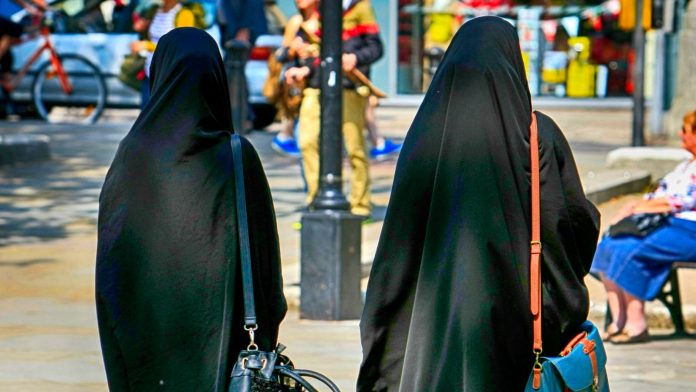 The majority of Britons think describing women in burkas as looking like “letter boxes” and “bank robbers” is not racist – but are split as to whether Boris Johnson should apologise for doing so, according to a new Sky Data poll.

Six in 10 – 60% – say it is not racist to compare Muslim women wearing burkas to bank robbers and letter boxes, as Mr Johnson did in an opinion column earlier this week, while 33% think it is.

A series of prominent Conservatives have called on Mr Johnson to apologise, including the prime minister and the chairman of the Conservative Party, while Tory peer Lord Sheikh has said he should lose the Conservative whip if he does not make a public show of contrition.

Mr Johnson made the remarks in an article opposing a ban on wearing burkas in public places, with such a law recently having been passed in Denmark.

Almost 60% of participants would support enacting such a ban in the UK, with 26% opposed.

People in Mr Johnson’s former stomping ground of London are most critical of the man they twice elected mayor, saying he should apologise by 51% to 41%.

Sky Data interviewed a nationally representative sample of 1,649 Sky customers by SMS on 8 August 2018. Data are weighted to the profile of the population.