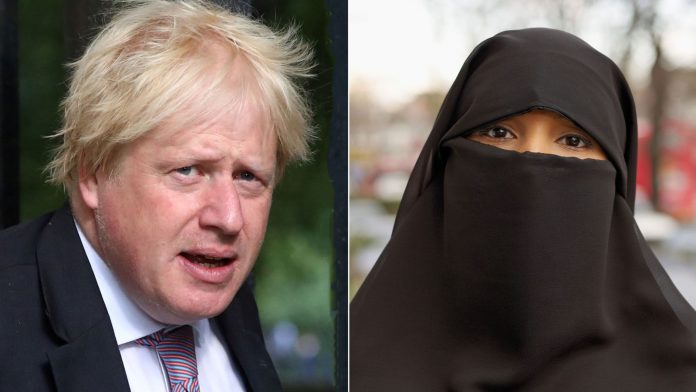 Boris Johnson’s burka comments will “cause problems with race relations” and “encourage bigotry”, a Tory peer has told Sky News.

Lord Sheikh, the founder of the Conservative Muslim Forum, said of the former foreign secretary’s remarks: “I think to a certain extent they’re racist. In a way it is racist. These words are very inflammatory.

“I believe they will cause problems with race relations and I believe it will encourage bigotry in this country.”

Mr Johnson is facing mounting calls – including from Prime Minister Theresa May – to apologise for comparing women wearing face-covering veils to bank robbers and letter boxes.

He is calling for the party to take “severe action” against the former foreign secretary: pic.twitter.com/qa24IWCe1x

But he is so far facing down those demands, with a source close to the Uxbridge and South Ruislip MP telling Sky News it was “ridiculous” his views were being “attacked”.

Lord Sheikh revealed he has written to Tory party chair Brandon Lewis to call for “severe action” to be taken against Mr Johnson, including potentially taking the whip away from him.

Mr Lewis revealed on Tuesday that he had asked Mr Johnson to apologise, with Mrs May joining him later that day.

In the piece Mr Johnson argued against following Denmark’s lead in banning the burka.

But he made several comparisons between the covering worn by some women, saying it made them look like a “bank robber” or a “letter box”.

Mr Johnson also revealed he would “feel entitled” to ask a woman wearing the burka to remove it if she came to his constituency office.

He concluded: “In Britain today there is only a tiny, tiny minority of women who wear these odd bits of headgear.