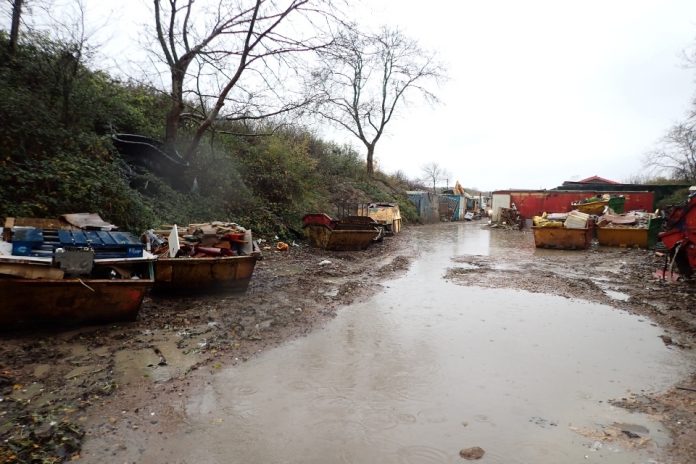 A 68-year-old Corby man is behind bars after repeated waste offences spanning the course of the last decade.

Stephen Lack, of Monkton Sidings, Corby, was responsible for an illegal waste site that put human health and the environment at risk.

Her Honour Judge Lucking QC, sitting at Northampton Crown Court on 25 January 2021, sentenced Lack to 18 months’ immediate imprisonment after he had pleaded guilty to breaching environmental laws at an earlier hearing following a prosecution by the Environment Agency.

Lack, trading under the name Abbey Skips, repeatedly stockpiled waste on a site at Monkton Sidings, Fineshade, without the necessary permits.

Any business that handles, stores, treats or disposes of waste must hold the right Environment Agency permits. The permitting process ensures precautions are taken to protect people and nature from harm.

But in the hearing on 14 October 2020, the court heard how Lack repeatedly and deliberately ignored advice and warnings from the Environment Agency that his actions were illegal and dangerous.

Environment Agency lawyer Sarah Dunne told the court that his activities risked contaminating nearby woods and farmland, caused odours and toxic smoke, and could have attracted large quantities of flies and other vermin.

She said that Lack had saved thousands of pounds by burning and burying his waste rather than disposing of his waste lawfully at authorised waste sites.

Lack did initially have a permit to run the waste site in 2009, but a year later, he was already in court for illegally burning waste, resulting in noxious fumes and odours. Despite being ordered to pay thousands in fines and costs, he continued to offend. The permit was revoked in 2011 and Lack was ordered to clear the site by the following spring.

When officers followed up in March 2012, it appeared Lack was complying. But 5 years later, complaints started pouring in from the local community. Environment Agency officers responded and found waste was again being stored and burnt on the site.

Again Lack was warned to stop these activities – advice he ignored – and environment officers soon discovered he was also storing a further 1,000 tonnes of waste at a second site at Easton on the Hill.

In April 2019, Lack pleaded guilty to a number of charges arising from his activities and was handed a 6 month sentence, suspended for 2 years, for ‘intentionally and flagrantly disregarding the law’ intended to protect the environment.

Wary environment officers kept an eye on Lack’s land and were shocked when, less than a month after the sentencing, activities once again ramped up – including more illegal burning.

Lack was arrested and released on bail, but warned by the court that he’d be remanded in custody if he was found to be involved in ‘any activity remotely connected with waste.’

In the midst of last summer’s coronavirus lockdown, Lack’s return to his old ways saw him breach the conditions of his bail. Officers visiting the Monkton Sidings site in July and August saw multiple skips arrive full of tyres, metal and other waste – and caught Lack himself operating the machinery.

Lack was again arrested in September amidst further evidence of burning and burial of waste.

Judge Lucking described Lack’s offending as ‘blatant’ and told him that ‘he had a history of significant disobedience to court orders and had shown a complete disregard to instructions given by the Environment Agency.’

The judge made an order requiring Lack to clean up the site within the next 12 months, and adjourned the consideration of a claim for more than £30,000 Environment Agency costs until March 2021.

It’s our job to regulate waste activity to make sure it doesn’t put people or the environment at risk.

This case is a shocking example of an individual driven by profit blatantly ignoring their responsibilities, putting people and nature in harm’s way, and attempting to undercut legitimate businesses.

The custodial sentence reflects the seriousness of the crime, and we hope it serves as a warning to others – we won’t hesitate to take action against those flout the rules.

Last year, the Environment Agency and partners launched the Joint Unit for Waste Crime, aiming to stop serious and organised crime in the UK Waste Industry.

On 14 October 2020, Stephen Lack pleaded guilty to breaching Regulations 12 and 38(1)(a) of the Environmental Permitting (England and Wales) Regulations 2016 by depositing, treating and storing of waste other than was allowed by the conditions of his permit.