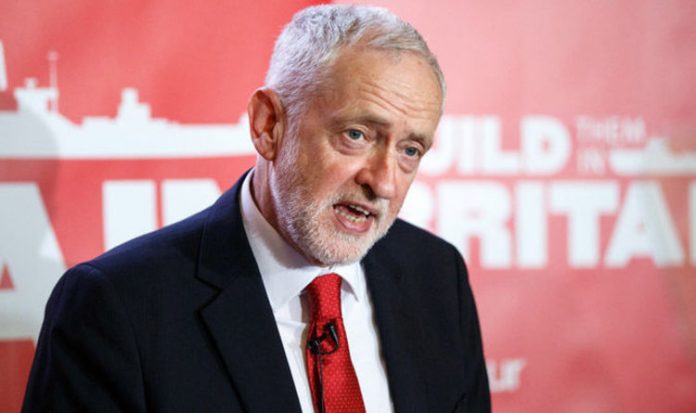 The Sun has reported that Mr Lansman made the comments at the Jewish Labour Movement’s annual conference in Finchley, north London on Sunday, which saw over 200 members attend 17 different sessions with 54 different presenters.

Asked whether the anti-racism punishment would benefit Jeremy Corbyn, the Momentum founder said the Labour party leader was committed to “lifelong learning” but said he “is a very busy person”.

Mr Lansman said: “Everyone needs training and Corbyn is committed to lifelong learning.”

He later added: “We have made clear that any member of the national executive that is directly involved in adjudicating on cases or dealing with any aspect of anti-Semitism has to undergo training.

“If Jeremy does that he has to.

“But the leader of the Labour party is a very busy person.”

These comments came as it emerged that 12 Labour MPs are plotting to resign over Mr Corbyn’s handling of the anti-Semitism crisis in a move that potentially could trigger a no-confidence vote in the party’s leader.

One unnamed Labour MP told The Sun: “Having a vote would be our way of telling the public that most Labour MPs do get what’s going on, we’re on your side – it would be about sending a message.

“It’s not about triggering a leadership contest, we just want to show the public we feel their angst over the issue.

“There needs to be some censure over this.”

Mr Brown hit out at the “conspiracy theorist Left” who support the Labour leader and have taken over the party.

He also called on Labour to “unanimously, unequivocally and immediately” adopt the internationally agreed definition of anti-Semitism.

The former Prime Minister made the plea ahead of a meeting this week of Labour’s ruling National Executive Committee on whether to adopt the International Holocaust Remembrance Alliance declaration (IHRA).

Mr Brown told the conference: “I believe that the Labour Party will change the policy.

“I believe that the Labour Party must and should change the policy.

“And I believe this problem must be solved within the Labour Party now.”

He added: “This is a problem that is real and present and somethings that has got to be dealt with now.

“The IHRA definition of anti-Semitism is something we should support unanimously, unequivocally and immediately.”

Mr Brown said the definition, which has been signed by 31 countries, states that criticism of Israel cannot be regarded as anti-Semitic.

He added: “The declaration is about this and this only – to condemn and root out, as they state, anti-Semitism, which ‘is a certain perception of Jews, which may be expressed as hatred toward Jews’.

“This declaration is needed now, urgently.”