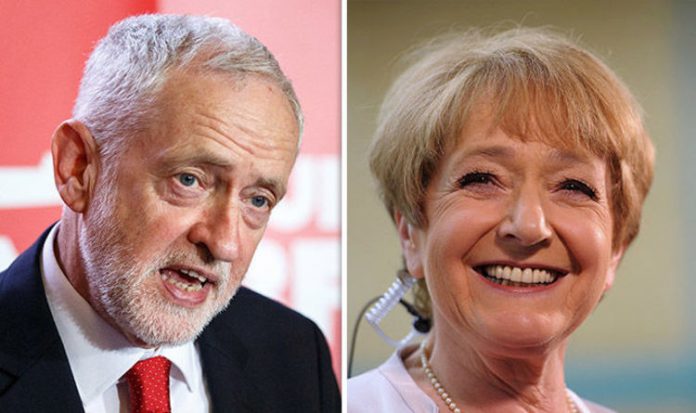 The veteran Labour MP accused the party’s leadership for trying to “purge” its critics and insisted ‘moderates’ would soon get their party back from the grasp of the far-left.

The Labour Party launched an investigation into Dame Margaret after she shouted at leader Jeremy Corbyn over his failure to act on anti-semitism in the party, calling Mr Corbyn an “anti-Semite” and a “racist”.

The inquiry was dropped this week, amid mounting pressure on Mr Corbyn from his MPs and Jewish leaders for refusing to include four of the 11 internationally recognised examples of anti-semitism in the Labour Party code of conduct.

Dame Margaret, who is Jewish and lost relatives in the Holocaust, said in her latest attack: “Labour has been going for 100 years, Jeremy has been leader for three.

This period is a blip in our history. We will overcome this.”

Her latest comments come after lawyers acting for a second MP who is facing an investigation for clashing with a Corbyn ally branded the probe into him “a farce and a disgrace”.

Solicitors for Ian Austin wrote to party general secretary Jennie Formby to complain that, three weeks after being told he was under investigation, the Dudley MP had still not been given details of the allegations against him yet had received a formal warning.

Accusing Labour of “failing to observe the most rudimentary principles of natural justice, due process and transparency”, solicitors Hamlins wrote: “This process has been a farce and a disgrace.”

When dismissing the investigation into Dame Margaret, Labour claimed she had “expressed regret”. But she insisted there has been no apology, with her lawyers telling Labour the party’s briefing had “misrepresented our client’s discussions with the Chief Whip in a cynical attempt to save face in your necessary climbdown”.

They added: “She will not express regret, she will not apologise for her conduct and words as she did nothing wrong.”

On Tuesday, Dame Margaret had also said the Labour party had become a “hostile environment for Jews”.

Asked if there was a “purge” of Mr Corbyn’s critics under way, she replied: “I have absolutely no doubt that there are those in the leadership who want to get rid, whether it is through deselection or disciplinary action, of any opposition.

Mr Corbyn was also rocked by a new anti-Semitism row on Tuesday after footage emerged of him apparently questioning the right of Israel to exist and claiming that newspapers supporting it was evidence of bias in the media.

Footage from an interview in 2011 with Iranian Press TV was tweeted by political blogger ‘The Golem’.

The blogger said: “Remember that time @JeremyCorbyn appeared on PressTV and said that the Israeli government and Israeli embassy are “very assertive towards all journalists and the BBC” and as proof of this said “there is a bias towards saying Israel has a right to exist”. No? Here you go.”