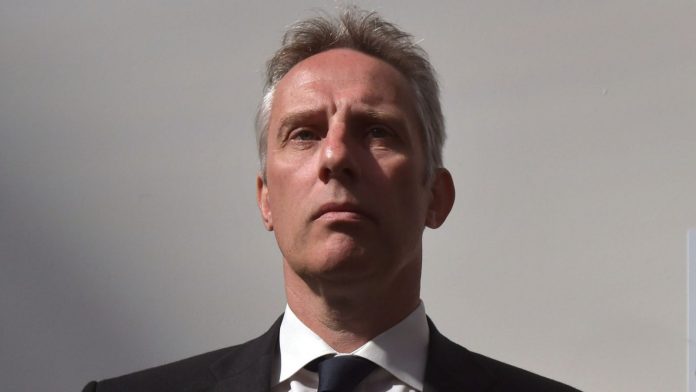 A petition that could force a sitting DUP MP to fight a by-election opens on Wednesday.

Signatures can begin being collected from 9am to “recall” Ian Paisley.

The North Antrim MP was suspended from parliament until mid-October for accepting undisclosed family holidays taken in 2013, funded by the Sri Lankan government.

In 2014, he wrote to then-prime minister David Cameron to lobby against the UN setting up an investigation into alleged human rights abuses in the country.

Constituents will now decide his future, by choosing whether to support a petition that would trigger a by-election.

It is open for six weeks, from 8 August to 19 September.

Three centres have opened – in Ballymoney, Ballymena and Ballycastle – for people on the electoral roll and aged 18 or over to add their signature.

Mr Paisley has vowed to fight a by-election if one is called.

He has previously apologised for an “unintentional failure” to register the hospitality – which he estimated was worth more than £50,000.

But the parliamentary commissioner for standards said the cost could be “significantly more”.

Recall petitions were created in March 2016, as part of a bid to improve the accountability of MPs.

They are automatically triggered when an MP is convicted of a criminal offence, suspended from the Commons for 10 sitting days or convicted of giving false information about expenses.

But if a general election is held within six months, they are scrapped.

The Electoral Office of Northern Ireland has been accused of limiting the number of venues people can visit to sign the petition.

Current laws allow for 10 centres to be set up.

He added: “Some people will have to travel up to 20-25 miles to vote in one of these three centres and those who work outside of the constituency won’t have time to vote outside of working hours.”

The Electoral Office rejects that criticism, having said previously that “it would be reasonable to expect people to be able to reach these three venues”.