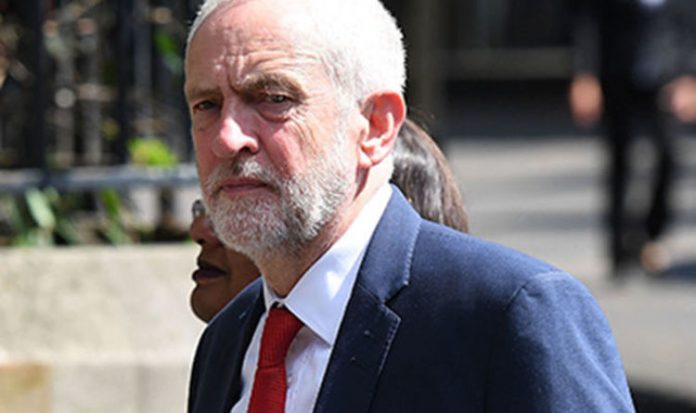 The party was reported to be ready to adopt three of the internationally accepted definitions of anti-Semitism which it had previously refused to accept.

But Mr Corbyn is still baulking at the Jewish community’s demand that he agree that defining Israel to be a “racist endeavour” also constitutes anti-Semitic behaviour.

As a result, the partial climbdown is likely to be rejected by groups such as the Board of Deputies of British Jews, reports the Daily Mail.

The latest episode will compound matters after Mr Corbyn issued a statement saying sorry for the hurt caused by the furore without any corresponding apology for his own past actions which critics claim have insulted Jewish people.

In a video issued yesterday, Mr Corbyn stressed the importance of driving out anti-Semitism and working with the Jewish community.

However, he made no mention of his decision to host an event in Parliament during which Israel was compared to the Nazis.

Meanwhile, it has also emerged that Mr Corbyn chaired an event in 2010 at which attendees were told Jews believed they have a ‘monopoly on suffering’.

The controversy erupted last month after Labour’s ruling National Executive Committee (NEC) agreed a code of conduct which only incorporates seven of the 11 examples of anti-Semitism defined by the International Holocaust Remembrance Alliance, with former minister Margaret Hodge vociferous in her criticism of her party leader.

The Jewish News has reported that Mr Corbyn is now planning to incorporate another three examples, including the idea that it is anti-Semitic to compare contemporary Israeli policies to those of the Nazis, and holding Israel to different standards to other democratic countries.

However, the final example, of denying Jewish people have a right to self-determination – for example by claiming that the existence of a state of Israel is a ‘racist endeavour’ – is proving to be the sticking point.

A spokesman for the Labour Friends of Israel group said Mr Corbyn’s words lacked credibility so long as he refused to apologise “for the many occasions on which he himself has offended the Jewish community”.

Gideon Falter of the Campaign Against Anti-Semitism said: “It is just another contradictory, hypocritical, insincere attempt to whitewash his own role as the author of this nightmare.”

“Why in 2018 do we still find ourselves having to explain the offence this causes to not only Holocaust survivors, but to the Jewish community?

“To do it once is a mistake, twice perhaps careless, but multiple times? Deliberate.’

In a joint statement, the Board of Deputies of British Jews and the Jewish Leadership Council said: “He should remember that inaction in the face of racism is complicity.”

Express.co.uk has approached the Labour Party for a comment.