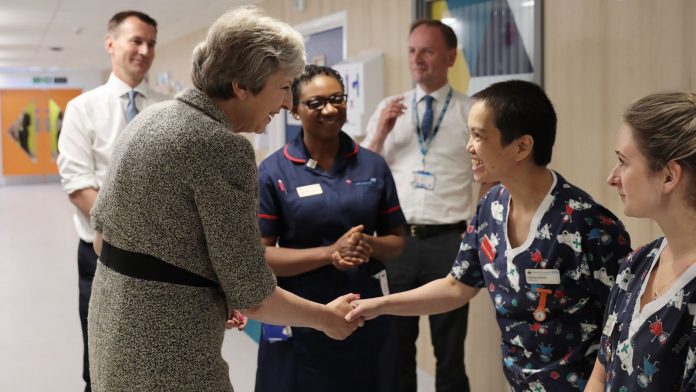 Women may have to give up work to look after elderly relatives unless EU care workers are given priority after Brexit, it has been reported.

The Daily Telegraph says that is the assessment made in a 37-page dossier drawn up by ministers on the impact of Britain leaving the EU.

The document allegedly warns that growing numbers of people, “especially women”, could be forced to quit their jobs to give “informal care” to parents and grandparents.

Under the “worst case scenario”, women living in Britain would likely plug the hole of 6,000 fewer doctors, 12,000 fewer nurses and 28,000 fewer care staff within five years.

This is because “greater numbers undertake informal care”, the report says.

It warns: “Considering rising life expectancy, population structural changes as well as increases in the number of people living with one or more long-term conditions, there are significant demand implications for the health and social care workforce.

“Unless we ensure such demand is met, there is a wider risk to labour market participation more generally, especially when considering increasing social care needs.

“If we fail to meet social care needs adequately we are likely to see a decrease in labour market participation levels, especially among women, as greater numbers undertake informal care.”

Junior doctors campaigner Rachel Clarke said the projection of labour loss was “truly alarming” and that suggesting women would bear the greater burden was “remarkable misogyny”.

But Labour MP Jess Phillips reflected: “You might think this is sexist, and that men can and do care for older people and children too.

“Of course they can, but still the vast majority is done by women. It’s true that women will be worst affected by this.”

The Department of Health did not respond to a request for comment.