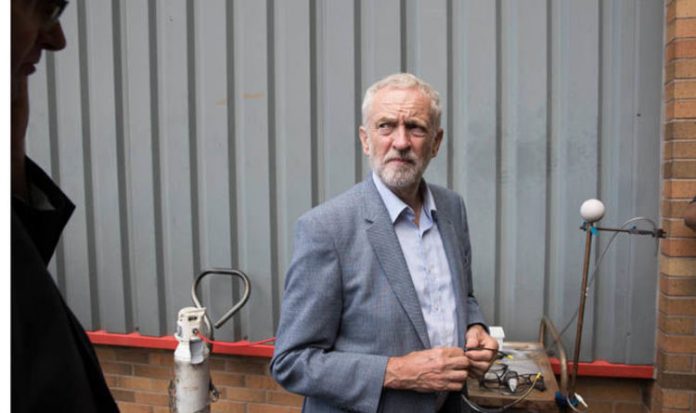 The Unite boss, a Corbyn ally whose union is Labour’s biggest financial backer, said the party had been “insensitive”.

But he also called on Jewish community leaders to drop their “intransigent hostility” towards the Labour leader and accused some MPs of using the row to undermine Mr Corbyn.

Labour has been engulfed in an antiSemitism storm.

Mr Corbyn’s refusal to accept in full the definition and all 11 examples of anti-Semitism as set out by the IHRA sparked the latest rift with the Jewish community.

Numerous political organisations have adopted the IHRA guidelines as a means of defining what constitutes anti-Semitism.

Labour insisted its version both covered the IHRA ground and was more comprehensive, while also being better suited for use in disciplinary action against party members accused of anti-Semitism.

But politicians and commentators have slammed the party for trying to “dilute” the code.


Clearly, it would have been far better for the party to have adopted at least 10 of the 11 IHRA examples in their original wording. Not doing so, and particularly without adequate consultation, was insensitive and bound to lead to misunderstanding.

Mr McCluskey said: “Clearly, it would have been far better for the party to have adopted at least 10 of the 11 IHRA examples in their original wording.

“Not doing so, and particularly without adequate consultation, was insensitive and bound to lead to misunderstanding. It also served to distract attention from the real issues at stake.

“It would be for the best if all 11 were now agreed, so the party can move on.”

But Mr McCluskey added that the problem of anti-Semitism in Labour had been “wildly exaggerated”, saying he could not understand the motives of Jewish groups.

He said: “They raised entirely proper concerns but have simply refused to take ‘yes’ for an answer.”

He added the “more Corbyn has personally sought to build bridges” the more the Jewish community had reacted with “intransigent hostility and an utter refusal to engage in dialogue about building on what has been done and resolving outstanding difficulties”.

A spokesman for the Board of Deputies of British Jews said in response: “We note that Len McCluskey has advocated the adoption of the full IHRA definition of anti-Semitism and its illustrative examples.

However, his attack on the Jewish community is both unfair and unwarranted.

“It is about time the party resolved this crisis by taking the firm and decisive action which the communal leadership set out for them in detail months ago.

“They have so far failed to do what is right.”

Labour’s ruling National Executive Committee could now discuss the issue on September 4 ahead of a possible vote the next day by Labour MPs on adopting the IHRA code.

Marie van der Zyl, president of the Board of Deputies, said: “Labour needs to accept the IHRA definition with all its illustrative examples. This is non-negotiable.”