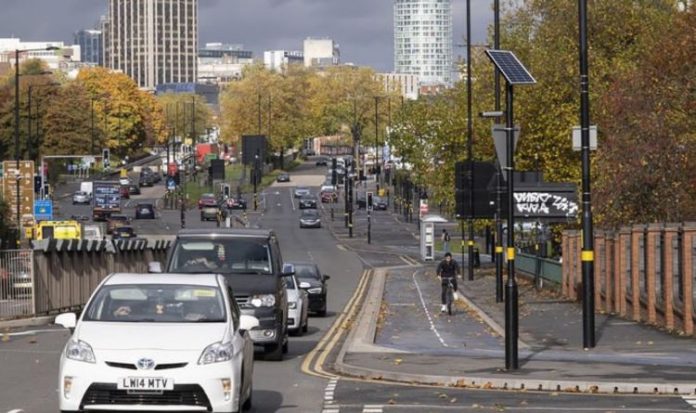 Transport Secretary Grant Shapps is under pressure to scrap road narrowing and blockades dedicated to cycle lanes, which has been described as an “uncalled-for war on the motorist”. Fourteen Tory MPs have signed a letter demanding change, warning “anger out there is palpable” over the road restrictions brought in during the COVID-19 crisis.

He said: “The UK’s 37million motorists and delivery vehicles should not be demonised as they often are.

“The car is one of the most liberating inventions ever, and our transport network has shown itself to be resilient and fundamental to keeping the show on the road during this pandemic.

“Low taxes on fuel are a benefit to us all, unlike poorly thought through road schemes – of which there have been too many. We are calling on the government to stop the uncalled-for war on the motorist.”

The letter, organised by pressure group FairFuelUK, claims the new restrictions have been linked to “more congestion and the associated increased pollution that comes from resultant slower-moving or stationary vehicles”.

It says: “This policy is indefensible, with our constituents up in arms at seeing high streets desolated, small businesses ruined, and emergency services impeded.

“It is simply an extension of a ‘Pay to Pollute’ policy to pay off TfL’s massive debt.

“It is pathologically wrong to make the world’s already highest taxed drivers be the cash cow yet again. The political and economic fallout will be devastating.”

Under the Department for Transport’s £250million fund for traffic schemes, roads for pedestrians have been transformed into cycle lanes.

Meanwhile, roads have been entirely shut off in order to make “low traffic neighbourhoods” in busy residential areas.

“They are hell-bent on making cars, taxis, vans, and trucks obsolescent. Shockingly a Tory Minister is grounding road transport decisions on emotion, not common sense or pragmatic data.

“Businesses and local communities are being devastated, not by a Chinese bug, but by myopic local authorities, without any consultation and funded by the Department of Transport.

“All this, so that fit well off young cyclists can enjoy their fair weather pastime at the expense of economic common sense.”