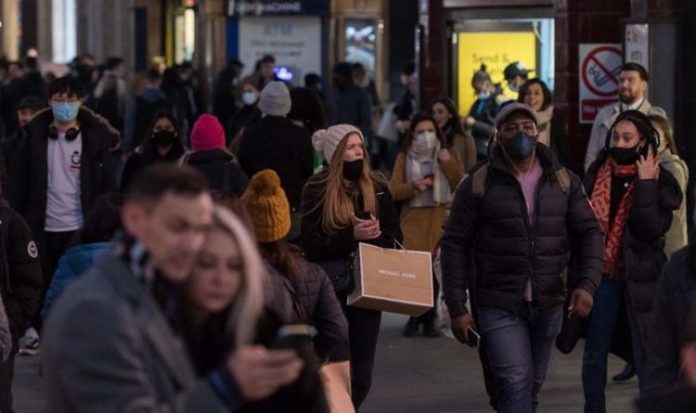 The Health Secretary said swathes of the South will go into Tier 3 from Saturday, while northern regions already under the harshest rules must stay put. But some Tory MPs claimed the system did more harm than good and business leaders said firms would go to the wall.

Mr Hancock told the Commons that the country must “pull together”.

He added: “We must be vigilant and keep this virus under control. We’ve come so far, we mustn’t blow it now.”

After the first full review of England’s tier allocations, it was hoped a number of areas would be moved into a lower level. Instead Mr Hancock announced that more areas will be moved up to Tier 3, which includes the closures of pubs and restaurants – except for deliveries and takeaways – and cinemas and other indoor venues.

Bedfordshire, Buckinghamshire, Berk-shire, Peterborough, all of Hertfordshire, Surrey – with the exception of Waverley – Hastings and Rother on the Kent border of East Sussex and Portsmouth, Gosport and Havant in Hampshire all move to Tier 3 from Saturday. The only regions to go down a tier will be Bristol and North Somerset, which will drop to Tier 2, and Herefordshire, which moves to Tier 1.

But the rules will be in force for just three days before the temporary relaxation over Christmas kicks in next Wednesday, December 23.

The tiers will be back in force from December 28. Downing Street has refused to rule out the possibility of a third national lockdown if there is a spike after Christmas.

Mr Hancock said cases in the South-east were up by 46 percent in the last week, while hospital admissions were up by more than a third. In the East, it was two-thirds and nearly half.

He said that because a third of people with coronavirus had no symptoms, it was a “silent disease” and “everyone has a personal responsibility to play their part”.

The latest tier allocations have caused fury among Tory backbenchers and local leaders.

Greater Manchester’s mayor Andy Burnham said the area has lower rates than Liverpool and London when they were originally put into Tier 2. He added: “One can only conclude that it’s the changed context in London and the South-east which has changed the national context, which has led to everybody in the north of England staying in restrictions.”

Sir Graham Brady, chairman of the 1922 Committee of Conservative backbenchers and a Greater Manchester MP, said: “We have had severe restrictions for nine months, where in nine of the 10 boroughs rates are below the national average.” Manchester City Council leader Sir Richard Leese said the goalposts were “constantly moving”.

While Hannah Essex, from the British Chambers of Commerce, said: “More areas entering, or remaining in, Tier 3 means more disappointment for our business communities, who are already suffering.