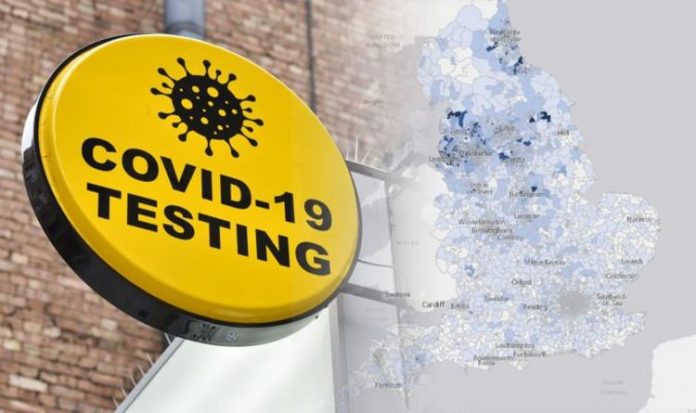 Coronavirus cases across the UK are continuing to climb, with the Government forced to implement new lockdown rules to stem the spread of the virus. Areas across the UK will see different restrictions based on the severity of the infection rates – with three tiers of rules.

Much of the UK is in Tier 1, where restrictions will remain as they had been – including a 10pm curfew on pubs, bars and restaurants, and socialising under the rule of six guidance.

However, in some areas of concern across England, Tier 2 and Tier 3 lockdowns will be in place from Wednesday.

Despite the new rules, Andrew Hayward, professor of infectious disease epidemiology at University College London, said he did not think the restrictions included in Tier 3 would result in the R rate being pushed below one.

Speaking to BBC Radio 4’s Today Programme, the Sage attendee said: “I think it is very disappointing that we had clear advice – we needed to take decisive action several weeks ago.

“And really since that time, all we’ve done is send students back, introduced the rule of six, advised people to work from home if possible but not really promoted that in any real way and closed the pubs an hour early.

“So it’s not really surprising that we’re continuing to see large increases in cases and that those increases are being seen around the country.”

He added: “I think it is clear that even at the ‘very high’ levels of restrictions – so-called – that they will not be sufficient to reduce R below one.”

People in Tier 2 areas cannot meet with anyone they do not live with indoors unless they are part of a support bubble.

The rule of six applies for socialising outside, and pubs, bars and restaurants have a 10pm curfew.

For the strictest tier, Tier 3, pubs and bars will be closed, no mixing of households either indoors or outdoors is permitted, residents will be told to avoid non-essential travel and travel outside the area is advised against.

At the time of writing, the Liverpool City Region is the only area to be placed under these measures, including Liverpool, Knowsley, Wirral, St Helens, Sefton and Halton.

However, the Government has made it clear an area can be escalated along the tiers if deemed necessary.

Cheshire West and Chester is on 167 and Cheshire East is on 146.

The London-wide average was 78 new cases per 100,000 over that week, far lower than those areas, but the level varies widely across the capital.

So how many people have coronavirus near me?

You can check your area using the tool below, simply pop in your postcode and the number of cases in your area will be shown.

The Government heat map on this page shows the areas where cases are increasing, with the darker colours meaning more cases in that area.

On Monday, the UK recorded 12,872 more coronavirus cases and 65 deaths.

Speaking at a press conference on Monday, Professor Stephen Powis, the medical director of NHS England, warned coronavirus admissions to hospitals are now higher than before lockdown was instated in March.

He said: “As the infection rate has begun to grow across the country, hospital infections have started to rise.

“It is clear that hospital admissions are rising fastest in those areas of the country where infection rates are highest, particularly the North West.

“In the over-65s – particularly the over-85s – we are seeing steep rises in the numbers of people being admitted to hospital so the claim that the elderly can somehow be fenced off from risk is wishful thinking.”