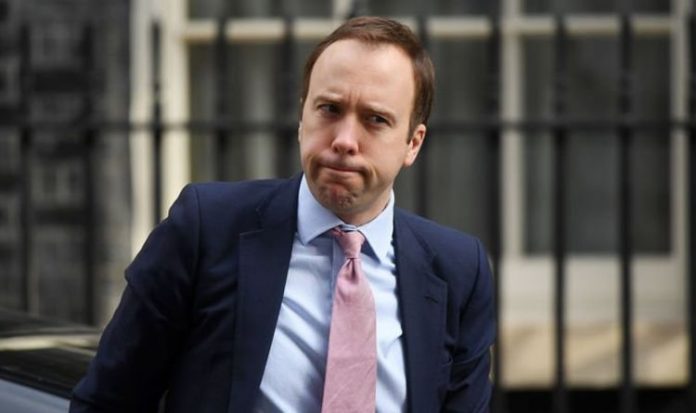 Health Secretary Matt Hancock has issued a warning that a national lockdown could be on the cards again this winter. Other countries are already experiencing spikes in cases, sparking fears that a second wave is coming for Europe. The news comes as a leaked SAGE report reveals there could be as many as 85,000 coronavirus deaths in the UK this winter.

The UK will also be battling against the flu season, and fears the NHS may be overwhelmed has been spoken about by experts.

The UK has so far resisted the reimposition of any national measures since lockdown started to ease in May, but local lockdowns have occurred in a number of areas – most notably Leicester and Greater Manchester.

In an interview with The Times, Hancock said that a second wave of COVID-19 was “avoidable but it’s not easy” and that the return of children to schools next week presented challenges in stopping the spread.

“A second wave is clearly visible in other parts of the world,” he said.

“It is a very serious threat. But so far in the UK we are managing to keep the number of new cases flat through a combination of test and trace and local lockdowns.”

He added: “This is the reasonable worst-case scenario, that we have a bad flu and a growth in coronavirus as people spend more time indoors.

“Cases go up again, and we have to use very extensive local lockdowns or take further national action.

He also issued a further warning about the coming winter, citing evidence from recent studies that the virus thrives in colder conditions.

What’s more, as the cold weather comes in we are much more likely to be spending time indoors, and the benefits of meeting others outside our household in a park or other public space won’t be an option.

READ  Coronavirus vaccine: When will the vaccination programme be complete? (Reports)

This means socialising in indoor areas such as pubs and restaurants are likely to go up, which naturally lends itself to increased spread of the virus.

Europe and North America saw big initial outbreaks of the virus earlier this year in the transition from winter to spring.

The southern US states had a broad peak in summer (where people head into air-conditioned spaces) and South America and Australia have had large outbreaks in their winter.

While social distancing and lockdown measures clearly contributed to stopping much of the spread when the virus was at its worst in our part of the world, a lot remains to be seen about whether the weather makes a foolproof contribution to this.

In a recent ITV interview, Mr Hancock attempted to reassure the public that he would not allow the NHS to be overwhelmed in the case of a second spike.

But when asked whether there will be special rules to allow more people to visit one another over Christmas, Mr Hancock suggested it could lead to a rise in the number of people catching the virus.

“The danger of a rule like that is that it increases the spread of the disease,” he said.

“I mean, there are an awful lot of things I’d love to be able to do, but the risk of them is that we see an uptick in the disease.

“Hence, we’ve had to take decisions that you wouldn’t ever want to.”