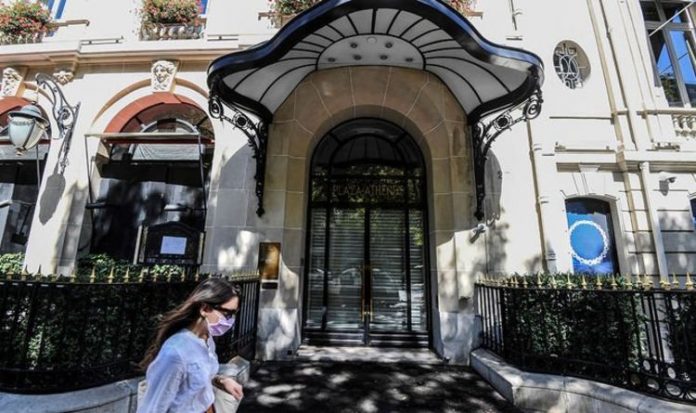 “Sadly it looks similar to the growth that has been seen in Spain. So, by Friday the Government may need to act and impose quarantine on those entering the UK. Judging by case rates elsewhere, other countries may also be added.” The French health ministry has previously warned that the country could lose control of the virus “at any time” amid a spike in cases. They have just risen by a third.

The chancellor Rishi Sunak said at the weekend the government “would not hesitate” to add France to its quarantine list should the situation deteriorate.

Last night a Whitehall source said: “It seems to be moving that way – nothing is confirmed or imminent.”

New COVID-19 infections rose by 2,288 in France on Friday, the third day that the number has gone up significantly – putting the nation at levels not seen since late May.

Following a 33 per cent week-on-week increase between July 27 and August 2, attempts to resuscitate the tourist sector are now under threat.

On Thursday, Norway imposed a 10-day quarantine for arrivals from France.

The UK added Belgium, Andorra and the Bahamas to its quarantine list on the same day, meaning arrivals from those countries after 4am on Saturday will need to self-isolate for two weeks.

The Government is also advising against non-essential travel to these destinations.

Mr Charles added: “I would also say that, if we have to live with Covid, then the Government must create worldclass testing systems at airports.

“Temperature, swab and saliva tests, and then test and trace, all combined, are an effective solution and offer the medical needs without the economic damage. Quarantining for 14 days is not the solution.”

It is thought more than a million Britons would be affected by any quarantine measures, with 400,000 there now and another 600,000 preparing to spend time there this month.

A cross-party group of senior MPs, scientists and trade unions said that holidaymakers already staying in a country that has been added to the quarantine list should be given statutory sick pay during their two-week isolation, in an effort to improve compliance and help those unable to work.

David Davis, the former Tory Cabinet minister, said: “If the Government changes the rules while you’re away, and it costs you two weeks’ work, then it’s the government’s responsibility.

“If the truth be told, if they don’t do it voluntarily, a smart trade union will take them to court anyway.”

Stephen Griffin, an associate professor and virologist at the University of Leeds, said: “They want people to travel and support the air and travel industry, but they are not prepared to help those individuals if they get caught when quarantine is suddenly imposed by ministers. That is simply unfair.”

France faces huge losses without the foreign visitors who spent £52.2billion there last year, according to the tourist development agency.