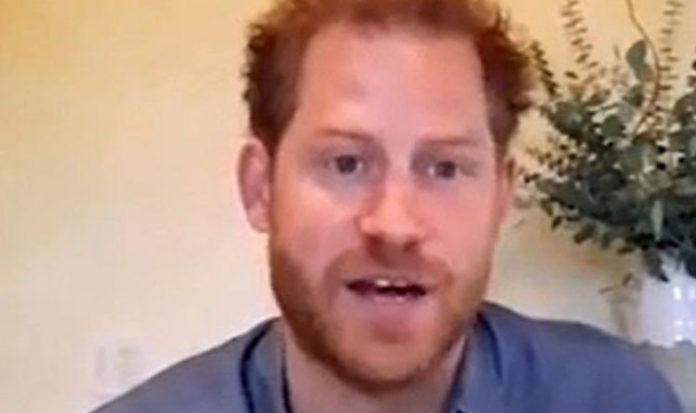 Prince Harry, 35, said that he and his wife, Meghan Markle, have spent the past few weeks calling business leaders and marketing executives on the issue. The Duke of Sussex spoke to US civil rights leader Rashad Robinson about the Colour of Change initiative. Harry insisted it takes “every single person on the planet” to end racism.

In the video posted to Instagram, Mr Robinson said: “Part of this work, part of this moment that we’re in, is that making sure from analysis to action that we drive action toward structural and systemic change. Changing the rules that have held people back.”

Harry said: “You say this so beautifully Rashard, and it’s so true.

“There’s so much that has happened for so long and once those problems exist, charity is crucial in so many ways but it can’t fix the problem.

“The problems already exist and are too big. As I’ve said to you before, it’s like bringing a bucket of water to a forest fire.