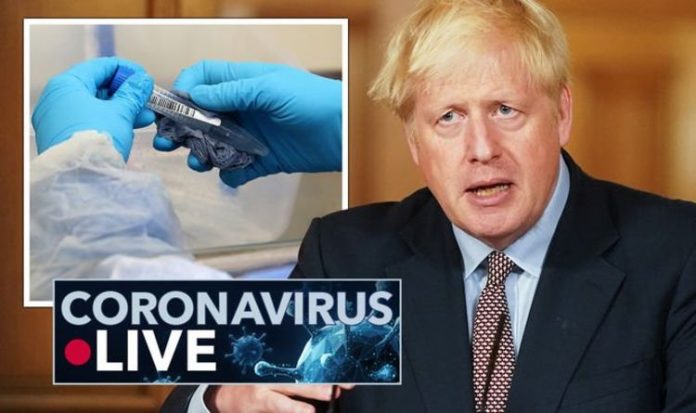 The Prime Minister has pinned his hopes on ‘Operation Moonshot’ – an ambitious mass testing plans that could keep hopes of Christmas parties alive – which he hopes will stop the UK being forced into another lockdown. Leaked documents seen by the BMJ suggest the project – which would see millions of UK-wide tests carried out daily – could have a price tag close to that of the £114 billion budget given to NHS England between 2018 and 2019.

The memo said: “This is described by the prime minister as our only hope for avoiding a second national lockdown before a vaccine, something the country cannot afford.”

Speaking at a Downing Street briefing on Wednesday, the Prime Minister said he hoped “we could be able to get some aspects of our lives back to normal by Christmas” and pointed to mass testing as something which could help society open back up further.

For now, however, Mr Johnson has urged people to limit their social contact “as much as possible” as he confirmed that social gatherings of more than six people will be outlawed in England from Monday.