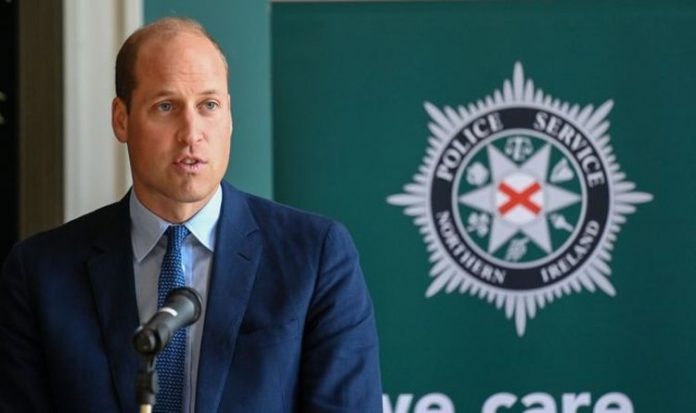 The Prime Minister announced the new coronavirus restrictions in a press briefing yesterday. They will ban gatherings of more than six people, both indoors and outdoors, when they come into effect on September 14.

However, a number of royals have returned to face-to-face meetings as part of their duties.

This includes the Duke and Duchess of Cambridge as well as Prince Charles and his wife, Camilla, Duchess of Cornwall.

However, it is unclear whether working royals would be affected if they had to meet with a crowd, since they could be considered to be at work.

The Government has said “work settings” will be unaffected by the new rules.

The Prime Minister admitted the Government’s coronavirus rules up to now had “become quite complicated and confusing” and said the new rules were simpler to understand.

He said: “In England, from Monday, we are introducing the rule of six. You must not meet socially in groups of more than six – and if you do, you will be breaking the law.

“This will apply in any setting, indoors or outdoors, at home or in the pub.

“The ban will be set out in law and it will be enforced by the police – anyone breaking the rules risks being dispersed, fined and possibly arrested.

During the visit to the Police Service of Northern Ireland Garnerville academy, he spoke to fire fighters, police officers, and ambulance staff.

The visit coincided with Emergency Services day, also referred to as 999 Day.

The Duke said: “I know first-hand that even in routine circumstances those of you on the front line can face immense challenges that can naturally have a significant impact on both your physical and mental health.

“You are a testament to the blue light community across our country, and I can’t thank you enough for what you do.”

Simon Byrne, Chief Constable of the PSNI, said on Twitter: “On Emergency Services Day, we were delighted to welcome the Duke of Cambridge to our Police College to give him an insight to the Police Service of Northern Ireland’s bespoke emergency services peer support programme.”

Prince William served as a pilot for the East Anglian Air Ambulance service for two years.

In addition to the new rules of gatherings, Mr Johnson has also said two households will no longer be able to meet if the size of the meeting would exceed six people.