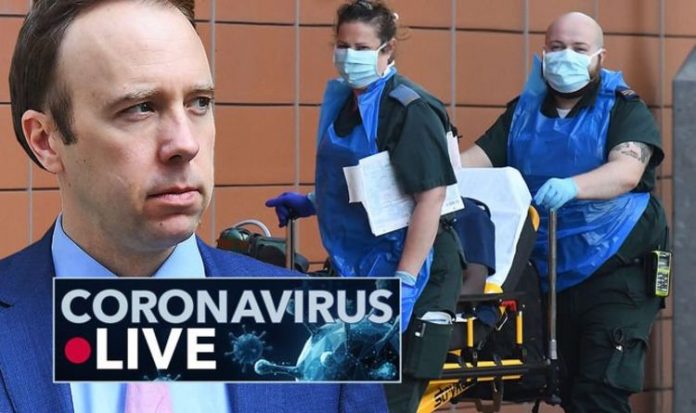 The Health Secretary said coronavirus remains “a very serious threat” and fears a second spike of the disease could erupt this winter. He refused to rule out a second nationwide lockdown, and said restrictions could be in place over the Christmas period.

Mr Hancock warned the worst-case scenario would see the UK battling a bad flu outbreak as well as a surge in coronavirus cases.

He said: “Cases go up again, and we have to use very extensive local lockdowns or take further national action.

But the Heath Secretary said the UK was managing to keep the number of new cases “flat” thought the test and trace system and local lockdowns.

Mr Hancock also commended the work of medics who were already preparing for the winter months.

The Health Secretary did not give hope to Britons wishing to have large family celebrations this Christmas, as he suggested the current limits on the number of households able to meet indoors would not be eased.

He said: “The danger of a rule like that is that it increases the spread of the disease.

“I mean, there are an awful lot of things I’d love to be able to do, but the risk of them is that we see an uptick in the disease.

“Hence, we’ve had to take decisions that you wouldn’t ever want to.”